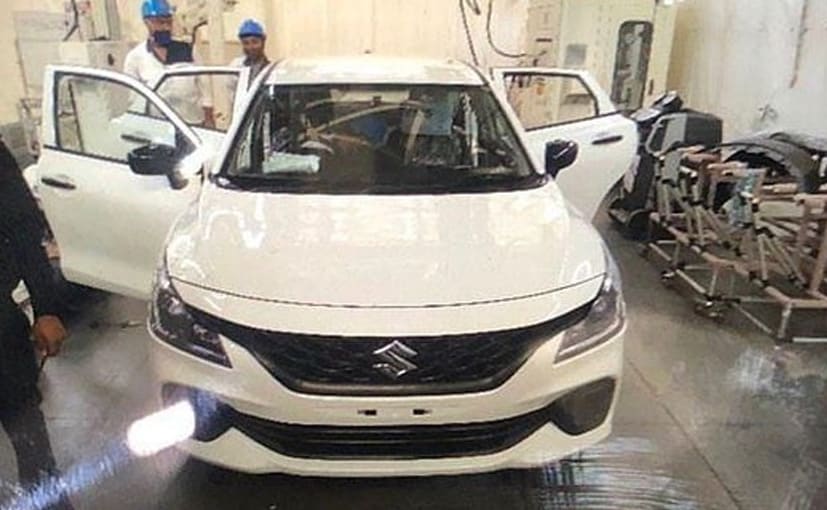 Just days after we shared images of the 2022 Maruti Suzuki Baleno facelift, which was spotted testing in Delhi/NCR, the car has been spotted again. And this time around, we get to see a production-spec version of the car without any camouflage. Now it’s unclear as to where these pictures were taken, however, the car appears to be at a workshop, being prepped. This also indicates Maruti Suzuki could launch the car sooner than expected. In fact, we would expect the carmaker to launch the Maruti Suzuki Baleno facelift in early 2022.

Visually, the car appears to have received a major overhaul, and we get to see a completely new, much sharper front end. The car features a new, wider grille with new sweptback headlights, equipped with projector lamps and LED daytime running lights. The new Baleno also gets a new aggressive-looking bumper with a wider airdam and new foglamp housings. The car also comes with piano black ORVMs adding contrast to the white paint job, and we also get to see black door handles. 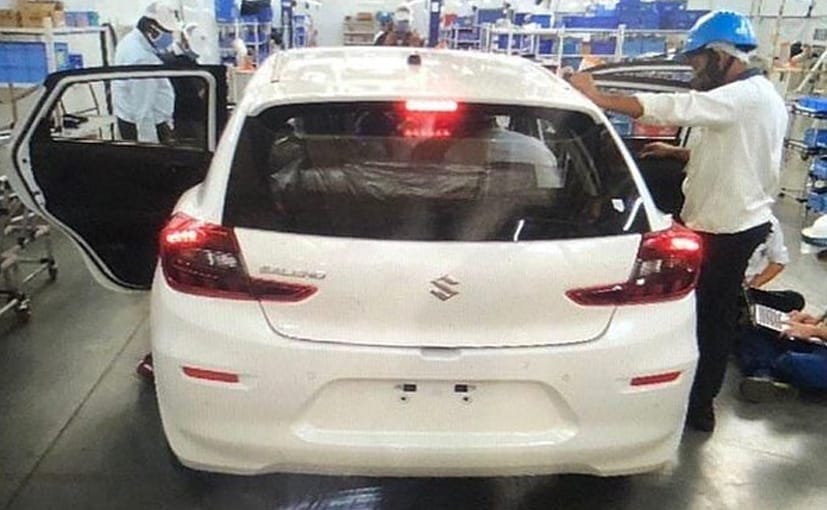 The Baleno facelift gets a new high-mounted LED stop lamp and redesigned rear bumper, a pair of new LED taillights, with a new LED signature pattern

The rear section of the car has also been heavily updated, and we get to see a pair of new LED taillights, with a new LED signature pattern. The car also gets a new high-mounted LED stop lamp and redesigned rear bumper. While we do not get to see the profile of the car here, the 2022 Maruti Suzuki Baleno will also come with a set of new alloy wheels.

Mechanically, the 2022 Maruti Suzuki Baleno is expected to remain unchanged. It will continue to come with the same 1.2-litre VVT motor, and a more powerful 1.2-litre Dualjet, Dual VVT engine. The engines are tuned to make 82 bhp and 89 bhp respectively, while the torque output remains constant at 113 Nm in both cases. The former gets the option of both a 5-speed manual and an automatic CVT unit, while the more powerful engine, which also gets the mild-hybrid system comes with a 5-speed manual gearbox as standard.