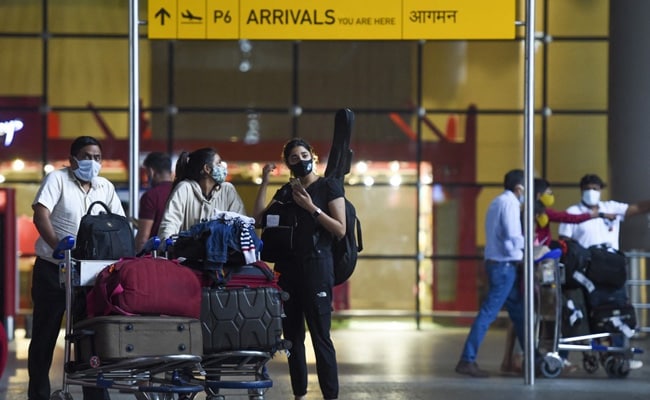 People flying in from abroad will need to home quarantine for a week after landing in India and test on the eighth day, in new rules that take effect on Tuesday to tackle a huge Omicron-driven surge in Covid cases in the country.

The number of “at-risk” countries has been increased to 19; nine more have been added since December.

All passengers have to go into home isolation for seven days and take an RT-PCR test after that. If they test positive, they will be sent to an isolation facility and their samples will be sent for genome testing.

Passengers seated near them and cabin crew will be treated as contacts.

If the test is negative, the passengers “will further self-monitor their health for next seven days”, the rules say.

For flights from countries that are not on the “at-risk” list, two per cent of the passengers picked randomly, will be tested on arrival.

The new rules were announced on a day India reported 1,17,100 new cases of Covid – a 28 per cent jump in 24 hours. Cases have gone from 10,000 to more than a lakh in just a week as the virus spreads at an unprecedented pace, driven by the Omicron variant.

Passengers found symptomatic during screening will be isolated and taken to a medical facility. If they test positive, their contacts will be identified.

If travellers under home quarantine or self-health monitoring develop signs and symptoms suggesting Covid or if they test positive on re-testing, they will immediately self-isolate and report to their nearest health facility.

The rules for those arriving from countries “at-risk” remain the same – they have to take a test and wait for the results before leaving or taking a connecting flight.

The highly contagious Omicron has been racing through the world since it was found in November. India now has 3,007 cases of the new variant, which has spread to 27 states. Maharashtra (876) and Delhi (465) have the most infections.