This allows users to leverage services like Google Maps or Waze directly from the central console of Tesla.

Tesla has been resisting the inclusion of phone beaming technology

Tesla has been resistant towards the adoption of phone beaming tech-like Apple CarPlay and Android Auto, but now a developer has managed to make Android Auto work on the Tesla infotainment system. He has made it work via the browser and an app on the Google Play Store. This feature has been long requested but Tesla hasn’t paid heed to these requests. In fact, Elon Musk even said once that Tesla was working on its own solution for phone projection software which hasn’t seen the light of day. It has a closed system where it vertically controls what happens inside its hardware and software. But a developer by the name of AAWireless has been teasing a workaround using the web browser inside the Tesla infotainment system called TeslAA — Android Auto over Tesla Browser. An early version of the software was leaked in June.

Tesla owners can download the app which costs $6.50 and use it. Users can connect their phone with the car over Bluetooth and connect the Tesla via the WiFi to the phone’s hotspot and then go on Androidwheels.com via the browser. 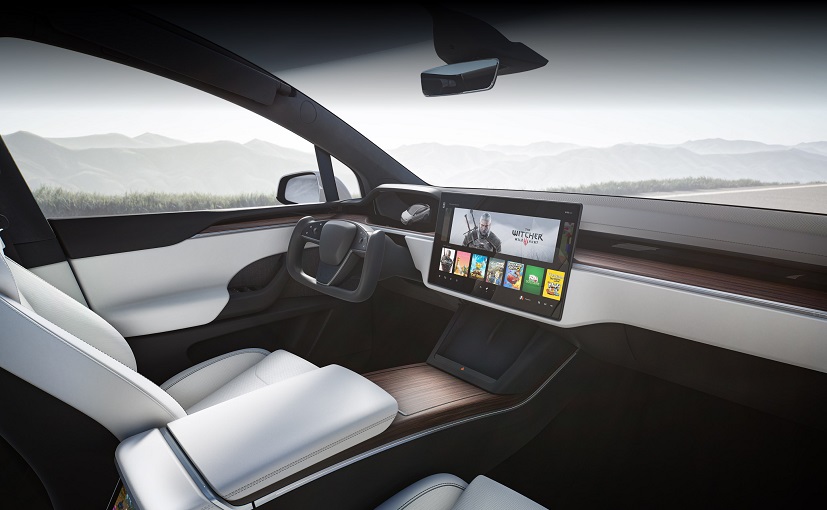 Tesla is known for its unique infotainment system

This allows users to leverage services like Google Maps or Waze directly from the central console of Tesla. Users can also access streaming services like Apple Music or Youtube music which aren’t natively supported. The app is in beta right now and carandbike can’t independently verify how well it works. For what it is worth, the developer notes some issues —
– When / after switching to reverse the video can become unresponsive. A refresh of the page will fix this.
– The app uses native FFMPEG binary on the phone side, which on some occasions can die in the background. This will not happen during the drive, more like during the setup or if you close the browser of Tesla many times then switch back to it. Sadly this needs the TeslAA Service to be stopped and restarted.
– Performance depends on the phone and on the Tesla browser as well. Under-powered phones might not be able to stream correctly in 720p.
– Wireless charging when using AA can lead to phone overheating (happens on my OnePlus 8 Pro), I can avoid this by using a wired charger (a bit unfortunate, but this is again phone dependent).
– If you lose your mobile phone signal for a long time, Telsa might decide to disconnect from the WiFi, and you won’t be able to reconnect until you’re back in an area with mobile coverage.