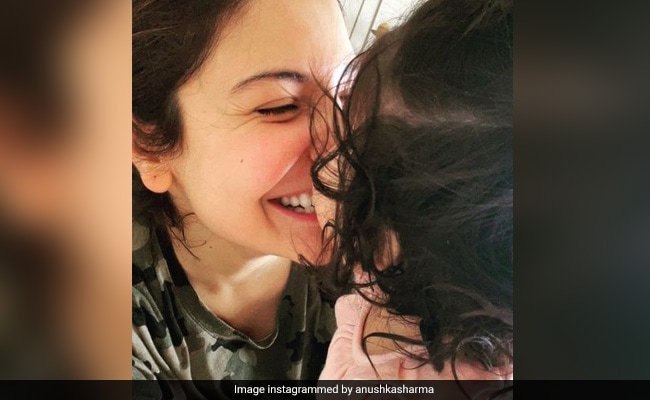 Anushka Sharma blessed our Instagram feed with cuteness on Wednesday night. On the occasion of Ashtami, the actor-producer posted a super cute picture of herself with daughter Vamika and her smile says it all. Adorable can’t even begin to describe the picture. Along with the photograph, Anushka Sharma added a note for her daughter, in which she wrote: “Making me braver and more courageous every day . May you always find the strength of the goddess in you my little Vamika. Happy Ashtami.” The picture got a whole lot of love from the actress’ Instafam. “So precious,” wrote author and filmmaker Tahira Kashyap. Vaani Kapoor, Mouni Roy, Suniel Shetty and other stars dropped heart emojis in the comments section.

On her Instagram profile, Anushka Sharma shares glimpses of her daughter Vamika and we love it when that happens. See some of the posts here:

Actor-producer Anushka Sharma and her cricketer husband Virat Kohli welcomed their first child, a baby girl on January 11, this year and the star couple named her Vamika. The couple met during the shoot of a shampoo commercial and they got married in an intimate ceremony in the presence of a few family members in Tuscany, Italy in 2017.