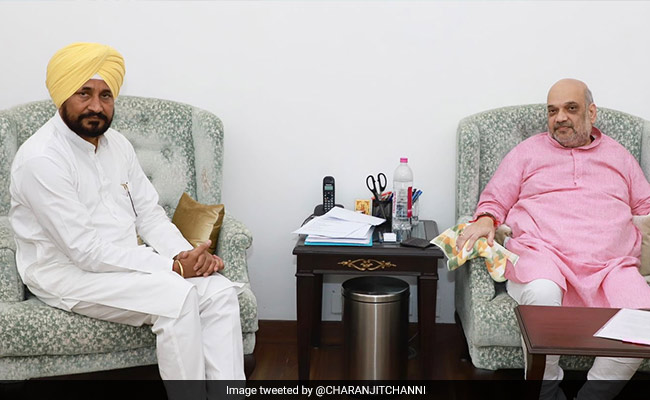 The Centre’s move to extend Border Security Force (BSF)’s jurisdiction over a wider belt along the borders of three states has provoked a huge controversy in Punjab and has escalated the Congress versus Congress crisis in the state.

Chief Minister Charanjit Singh Channi lashed out at the decision as he came under attack from his own party, days after his meeting with Union Home Minister Amit Shah.

According to a home ministry order, the BSF’s jurisdiction in West Bengal, Punjab and Assam will be expanded from 15 km to a belt of 50 km within and along the boundary. The order suggests that the BSF can arrest, carry out searches and make seizures over a region where its powers could clash with those of the state police in Amritsar, Tarn Taran and Pathankot. The Golden Temple is around 35 km from the Attari border with Pakistan.

“I strongly condemn the government’s unilateral decision to give additional powers to BSF within 50 km belt running along the international borders, which is a direct attack on the federalism. I urge the Union Home Minister Amit Shah to immediately roll back this irrational decision,” Mr Channi tweeted, amid a massive backlash.

“We condemn this decision. It is an infringement on the federal structure and will create an atmosphere of fear in Punjab. People will not tolerate this,” said his deputy and Punjab Home Minister Sukhjinder Randhawa.

“Punjab has never seen communal violence. We urge Prime Minister Narendra Modi not to disturb the peace of the state,” Mr Randhawa added.

Former Punjab Congress chief Sunil Jakhar targeted the Chief Minister over the home ministry order just a week after his meeting with Amit Shah, in which he had called for sealing the international border to check the trafficking of drugs and weapons.

“Be careful what you ask for! Has Charanjit Channi unwittingly managed to hand over half of Punjab to the central government? 25,000 square km (out of total 50,000 square km) has now been placed under BSF jurisdiction. Punjab Police stands castigated. Do we still want more autonomy to states,” tweeted Mr Jakhar.

Be careful what you ask for ! Has @CHARANJITCHANNI unwittingly managed to handover half of Punjab to Central govt. 25000sq km (out of total 50,000sq km) has now been placed under BSF jurisdiction. Punjab Police stands castigated. Do we still want more autonomy to States ? https://t.co/JlGB7G0Pnj

Sukhjinder Randhawa said the Chief Minister had never asked for it.

“He just appealed to check drug and arms supply across the border and seal it. Jakhar-sahab and I are both residents of a border area; he should not have tweeted this,” Mr Randhawa remarked.

Amarinder Singh, whom Mr Channi replaced, approved of the move.

“Our soldiers are being killed in Kashmir. We’re seeing more and more weapons and drugs being pushed by Pakistan-backed terrorists into Punjab. BSF’s enhanced presence and powers will only make us stronger. Let’s not drag central armed forces into politics,” the captain tweeted.

The Congress’s Manish Tewari tweeted that the centre’s move allows it “to institutionalise an alternative policing paradigm” and called upon the Punjab Chief Minister to oppose it.

The Congress has yet to get closure on its other problem — the sulking Navjot Sidhu, who quit as the party’s Punjab Congress chief last month, just four months before the state polls. He has yet to take back his resignation and will meet with senior party leaders tomorrow.

Though Mr Sidhu set the stage for Mr Channi’s takeover after his rival Amarinder Singh quit the top post, he has been unhappy with the new Chief Minister’s choice for key posts like Attorney General, police chief and ministers.

As the Congress fights itself in Punjab, the BJP’s war-room held a review this evening with Amit Shah for the coming elections. Though the BJP has been at a disadvantage in Punjab since its break-up with long-term ally Akali Dal, a meeting between its top leaders and Amarinder Singh suggested that it may gain from the Congress’s loss.