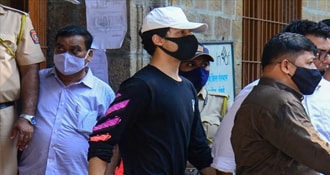 Former Jammu and Kashmir Chief Minister Mehbooba Mufti took a dig at the BJP today over the arrest of Aryan Khan, the son of megastar Shah Rukh Khan, in a drugs case. His arrest, she said, was a “travesty of justice”.

“Instead of making an example out of a Union Minister’s son accused of killing four farmers, central agencies are after a 23 year old simply because his surname happens to be Khan.Travesty of justice that muslims are targeted to satiate the sadistic wishes of BJPs core vote bank,” Mehbooba Mufti tweeted.