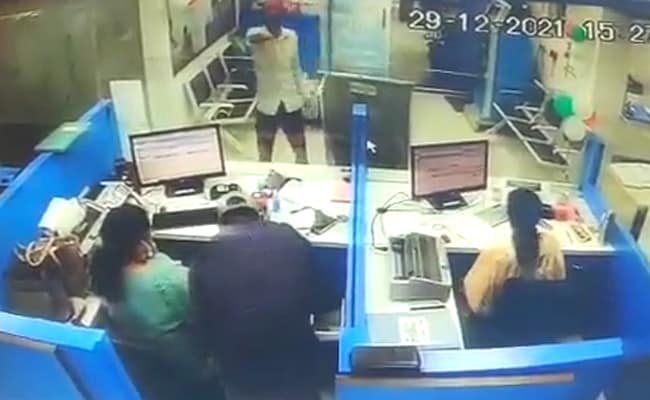 The robbery was caught on surveillance footage.

A bank in Mumbai was robbed this evening and an employee was shot dead, police said. The shocking incident was captured on the surveillance cameras, and the footage is now being investigated.

The man who was shot dead was an outsourced employee of the State Bank of India’s Dahisar branch, officials said, adding that two robbers had targeted the bank; they escaped after the robbery.

Visuals show the two masked robbers inside the bank, and one of them pointing a gun, presumably at the staff.

As soon as the information was received, senior police officers Pravin Padwal and Vishal Thakur reached the site along with others.

In another incident reported from Delhi, a security guard in Chhatarpur was assaulted today by a man who was stopped for not wearing a mask.

Another heist that made headlines from Mumbai earlier this year was when a jewellery shop was looted by four men in Mira Nagar area in five minutes.

In 2017, in a case of bizarre loot, a group of robbers dug a 25-feet long tunnel to the lockers at a branch of Bank of Baroda in Navi Mumbai.