The new car will closely resemble the Concept Recharge which is a coupe-like SUV. 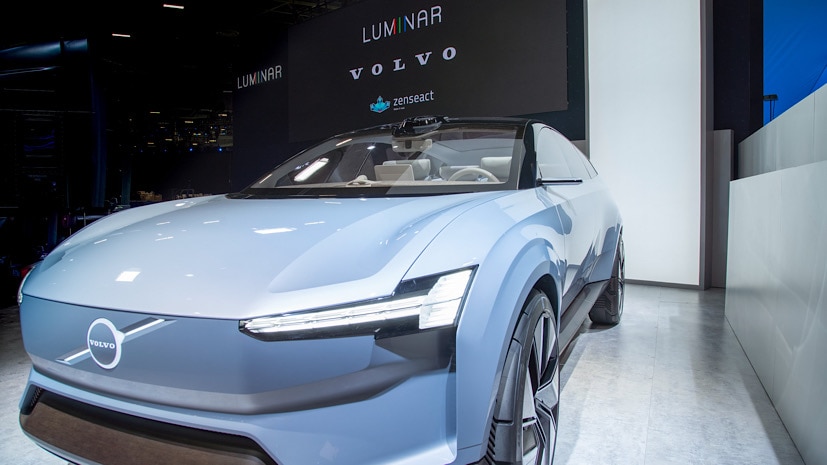 The new electric car will be striving for full autonomy, not ADAS

Volvo has partnered with premier LiDAR maker Luminar and Zenseact, a company in which the Swedish carmaker holds a major share, is developing a new electric SUV which will bring a new feature called Ride Pilot for autonomous driving capabilities. Ride Pilot strives to bring unsupervised or driverless autonomy to this new car which was announced at the CES 2022 keynote. Luminar’s LiDAR hardware will be paired with Zenseact software running on top of the Nvidia Orin autonomous chip which Volvo’s next-generation EV will be based on.

Volvo and Luminar are also partnering for their new Blade LiDAR system for trucks. Volvo and Luminar are quick to point out this a full autonomous going beyond level 4, not ADAS something that Tesla has been peddling as self-driving. “The key thing here with Ride Pilot is that it’s actually self-driving,” Martin Kristensson, Volvo’s VP of digital business, told TechCrunch. “You don’t have to keep your hands on the steering wheel. You don’t have to look at the road ahead. You can actually eat your breakfast in the car or read a book or watch a movie and the car will drive itself. We will take liability when the car is driving itself. So I think that in that sense, it is an offer that doesn’t exist in the market today,” he added. Ride Pilot will go through rigorous test sing and validation and will be eventually a standard-issue on the hardware side of its cars like seatbelts. However, the software will be a subscription service that will harvest autonomous data from the car making the system better for the entire fleet over the cloud. Initially, plans suggest a rollout in California, however, testing is going on with Zenseact in Sweden.

While more details will be shared around the electric car, Volvo’s executives estimate its cost will be in the vicinity of the XC90 flagship SUV which has a starting price of $50,000. On this new EV, Luminar uses its Iris LiDAR that will be like cyclops just above the main windshield. In addition, there will be five radars, eight cameras, and sixteen ultrasonic sensors.

The new car will closely resemble the Concept Recharge which is a coupe-like SUV. The entire Volvo stack is an interesting one – as now its EVs will be powered by Google’s Android Automotive OS, it will be leveraging Nvidia’s Orin autonomous chips, LiDAR will come from Luminar while the self-driving software will come from Zenseact. In fact, European battery giant NorthVolt will be providing this new EV with its batteries. Volvo is also going to be leveraging Qualcomm’s digital cockpit chipsets for powering the Android-based infotainment system.