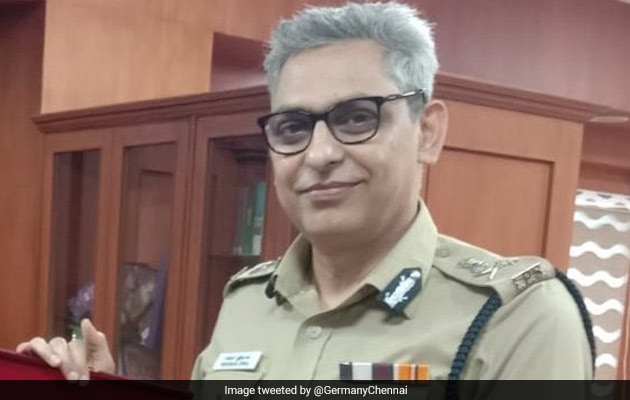 The hospital said that the Shankar Jiwal was admitted there with “acute chest pain.”

The Chennai Commissioner of Police, Shankar Jiwal, was on Thursday hospitalised after he complained of chest pain, police sources said.

He was presently stable and under observation, Apollo Hospitals, where he was under treatment, police sources said.

According to police sources, Mr Jiwal complained of chest pain while in office at Vepery in Chennai and was rushed to the private hospital on Greams road in Chennai.

The hospital said in a press note that the senior IPS officer was admitted there with “acute chest pain.”

“He was immediately attended and treated under the care of Dr G Sengottuvelu, Interventional Cardiologist. He is presently stable and under observation,” the statement from Dr Venkatachalam, Director Medical Services, Apollo Hospitals, said.