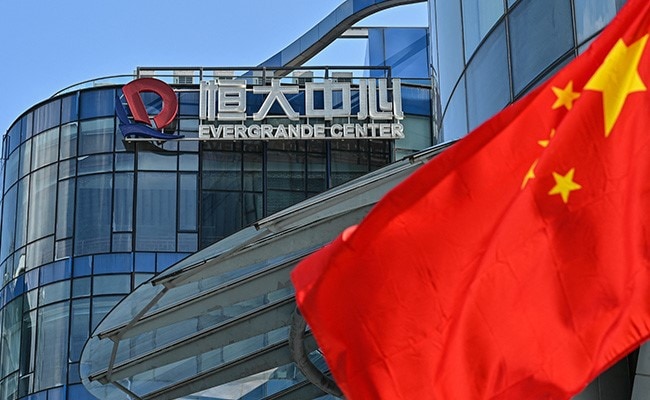 Evergrande suspended trading in its shares on the Hong Kong stock exchange.

Embattled property giant China Evergrande on Monday suspended trading in its shares on the Hong Kong stock exchange without giving a reason.

The company’s stock price has plunged around 80 percent since the start of the year as it teeters on the brink of collapse while struggling under a mountain of debt.

“Trading in the shares of China Evergrande Group will be halted,” it said in a statement to the exchange. “Accordingly, all structured products relating to the Company will also be halted from trading at the same time.”

Shares in its electric vehicle company, which last week scrapped a proposed Shanghai listing, were not suspended, though they fell six percent in early trade.

Officials at the firm have been struggling to deal with a crisis that has left it more than $300 billion in debt, fuelling fears of a contagion for the wider Chinese economy that some warn could spread globally.

Last week it said it will sell a $1.5 billion stake in a regional Chinese bank to raise much-needed capital, as it struggles to make interest payments to bondholders.

Beijing has stayed silent on the travails of the property empire, but state media has trailed various responses in a nod to the mood towards a private company that grew on a debt binge in the boom years of Chinese real estate.

Authorities have asked local governments to prepare for Evergrande’s potential collapse, according to reports, suggesting a major state bailout is unlikely.

The liquidity crunch has triggered public anger and rare protests outside its offices in China as investors and suppliers demand their money back.

The group has admitted to facing “unprecedented challenges” and warned that it may not be able to meet its liabilities.