It is hybrid car that claims a range of upwards 1,200 km

HarmonyOS was developed by Huawei as a ubiquitous operating system that could span across gadgets and internet of things devices including smart cars if it faced some kind of US threat that would block access to Android and Windows. In 2019, that worst-case scenario happened and since then its smartphone business was whipped out after becoming the world’s top vendor. Since then it has doubled down on HarmonyOS and focused more on electric mobility where it has strived to create an operating system for cars.

And now, it has launched its first car – an SUV called the AIOT M5 which is powered by the Huawei DriveOne electrical system and the HarmonyOS smart cockpit which it showed off to great extent at the Shanghai motor show earlier this year.

Huawei has created the AITO brand which adds intelligence to auto and according to it is committed to making a people cantered intelligent automotive ecosystem. The AITO M5 comes with other new features like an ecosystem of apps for cars much like Android Automotive, a Huawei sound system, and smart capabilities. It gets a 2880 mm wheelbase and has 20-inch all-aluminum wheel drums and a very low drag coefficient of 0.32. 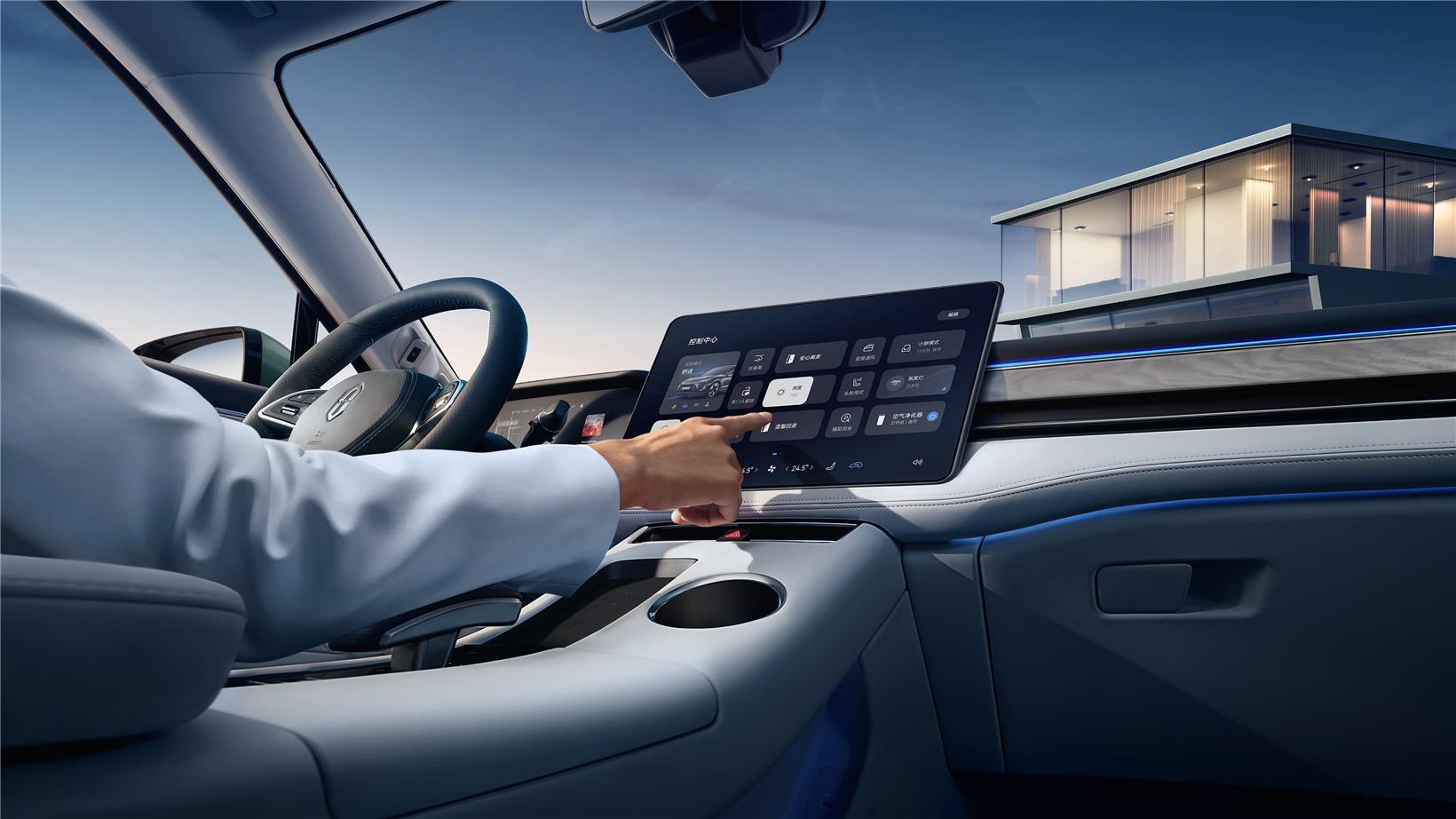 The car comes with two screens — a 10.4-inch virtual information cluster, and a 15.6-inch infotainment screen

The interior has a 10.4-inch curved LCD virtual instrument cluster and a 15-6-inch 2K HDR central display for the infotainment system. It gets frills like wireless charging and a 2-m2 panoramic sunroof. It combines an electric powertrain which has a 3.2 kWh battery coupled with a 1.5 litre four-cylinder range extender which means when fully charged along with the range extender it can do 1242 km. The car also gets 4 wheel drive and has a peak power of 315 kW for the model. The performance model gets 365 kW of power and can do 0-100 km/h in 4.4 seconds. It also gets a sophisticated braking system thanks to Bosch.

Other features of this vehicle include an intelligent clean air system and a level 2 autonomous driving and V2L reverse charging capabilities.