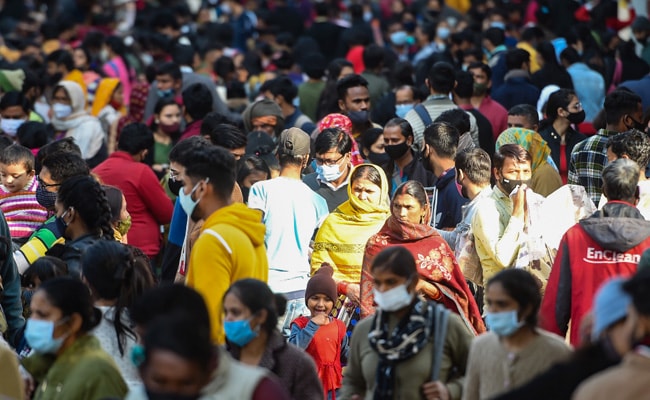 In a massive spike, Delhi today reported 923 cases of coronavirus – an 86 per cent jump in cases from yesterday and the highest since May 30. There have been no related deaths in the city in 24 hours.

The national capital has been witnessing a gradual uptick in the number of cases over the last week with the positivity rate now climbing to 1.29 per cent.

The huge rise comes a day after the Delhi government imposed a fresh set of restrictions under the Yellow Alert – sounded when the Covid positivity rate remains at 0.5 per cent for two consecutive days. Under the Yellow Alert, schools, colleges, educational institutes, cinema halls, gyms, and spas have been shut down while shops and malls have been allowed to open on an odd-even basis. Delhi Metro is currently running at 50 per cent seating capacity and a night curfew between 10 pm and 5 am is already in place.

Yesterday, Delhi had recorded 496 new cases, the biggest single-day spike in infections in over six months.

Data has shown that the average daily rise of Covid this time is almost 21 per cent faster than during the second wave in March-April.  A seven-day moving average showed that the cases have shot up from 56 to 199. Today’s figures are likely to push the rate further north.

The Delhi Disaster Management Authority, in a meeting today, decided not to impose any fresh curbs in the national capital in view of the steadily rising cases of coronavirus amid a global outbreak of the highly contagious Omicron variant.

It was decided that the “yellow alert” of the Graded Response Action Plan (GRAP) will continue for some time. A decision on further restrictions will be taken in the next DDMA meeting, after monitoring bed occupancy in hospitals.

The virtual review meeting of the DDMA was chaired by Lieutenant Governor Anil Baijal and was attended by Chief Minister Arvind Kejriwal and several experts.