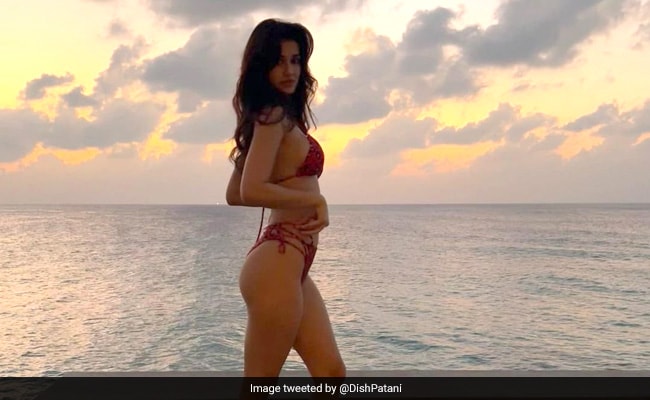 Actress Disha Patani is currently vacationing at a beach destination with rumoured boyfriend and actor Tiger Shroff. The actress, on Tuesday, updated her Instagram profile with a stunning picture of herself. Disha Patani can be seen posing against a breathtaking view – endless sea and orange sky – in the photo. She looks gorgeous in a bikini in it. The actress wrote nothing in her caption and just accompanied her photo with a sun behind cloud emoji. Within minutes, her post was flooded with comments comprising red heart icons. Disha Patani also shared glimpses of her holiday on her Instagram stories. See the actress’ post here:

And here’s what she shared on her Instagram story: 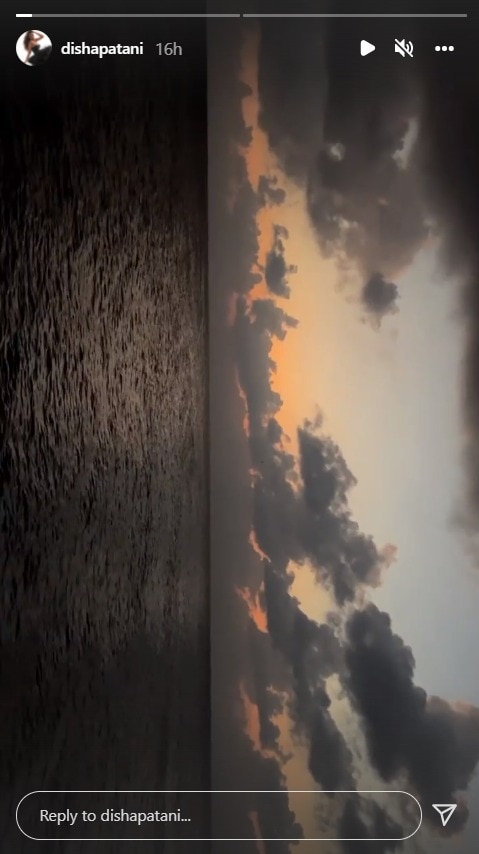 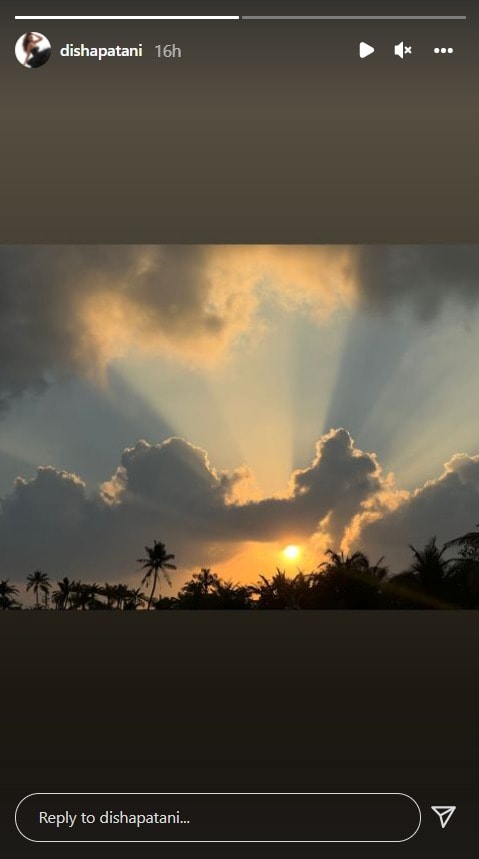 On Tuesday morning, Tiger Shroff also shared a video of himself coming out of the water and walking towards the beach. He shared the clip with a fish icon. Take a look:

Disha Patani loves vacationing on a beach destination. Earlier this year, she flew to the Maldives with her rumoured boyfriend and actor Tiger Shroff and shared pictures from their holiday throughout the year. Last month, she posted this:

And in October, she treated us to this photo of herself from the Maldives:

In terms of work, Disha Patani will next be seen alongside Sidharth Malhotra in Yodha. She also has Ek Villain Returns lined up.

Disha Patani’s last film was Salman Khan’s Radhe: Your Most Wanted Bhai. The film opened to poor reviews earlier this year. In his review for NDTV, film critic Saibal Chatterjee gave Radhe 2 stars and wrote: “Radhe has enough inducements for diehard Salman Khan fans to keep them interested in the goings-on. The star does everything that they would expect of him, including shedding his shirt.”