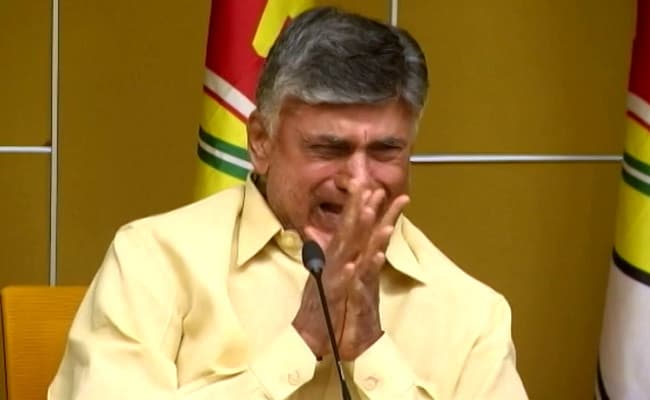 TDP leader Chandrababu Naidu broke down over “derogatory verbal attacks” on his wife.

The Chief Minister said that the citizens have rejected Chandrababu Naidu and he has lost the Kuppam municipal corporation which is his home constituency. The TDP has lost power in the legislative council as well.

He took a jibe at Chandrababu Naidu and said that he is not understanding what he is doing, saying or how he is behaving.

Mr Reddy claimed that Mr Naidu himself had instigated people in the House by talking about unnecessary, unrelated and unwarranted subjects, and now when people have reacted, he is behaving this way.

Jagan Reddy said that the TDP and Chandrababu Naidu had started it all.

Earlier on Friday, Mr Naidu broke down while speaking to the media and said that the ruling YSR Congress government is personally targetting the family members of the leaders of his party including him in the legislative assembly.

Speaking to the media after boycotting the Assembly session on Friday, Chandrababu Naidu said that the act of the Speaker is also objectionable.

Mr Naidu likened the Assembly to ‘Kaurava Sabha’ and decided to boycott it till 2024 in protest against ‘ugly character assassinations’ by YSRCP ministers and MLAs, says TDP in a statement

He alleged that YSR commented against his wife and after his objection, he rendered an apology.