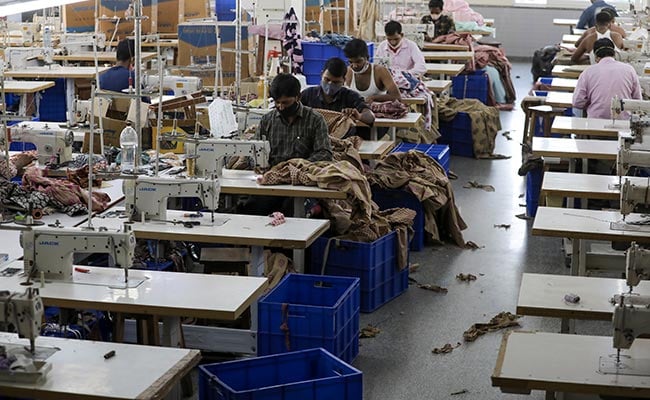 Improvements in both domestic and overseas demand saw new orders expand at a quicker pace.

The country’s factory activity improved last month as a recovery in the economy from the pandemic-induced slump boosted demand and output, according to a private survey, but firms reduced headcount at the sharpest pace since May.

That recovery might continue for at least a few months, supported by ultra-easy monetary policy and continued fiscal spending.

A hike in the Reserve Bank of India’s key interest rate looks to be a rare possibility until at least next fiscal year and government said earlier this week it would continue with its borrowing-backed spending to revive the economy.

The Manufacturing Purchasing Managers’ Index, compiled by IHS Markit, rose to 53.7 in September from 52.3 in August, staying above the 50-level separating growth from contraction for the third straight month.

“Indian manufacturers lifted production to a greater extent in September as they geared up for improvements in demand and the replenishment of stocks,” noted Pollyanna De Lima, economics associate director at IHS Markit.

“There was a substantial pick-up in intakes of new work, with some contribution from international markets.”

Improvements in both domestic and overseas demand saw new orders expand at a quicker pace in September and factories raised output at a significantly faster rate compared to August.

However, that failed to encourage factories to hire more workers – a much needed step to boost weak labour market conditions – and instead they reduced their workforce at the sharpest pace in four months.

But output prices increased at a weaker pace, indicating firms were only able to partially pass on the extra costs to customers.

Still, optimism about the year ahead improved slightly last month as a continued easing of pandemic mobility restrictions raised hopes for a further improvement in demand.