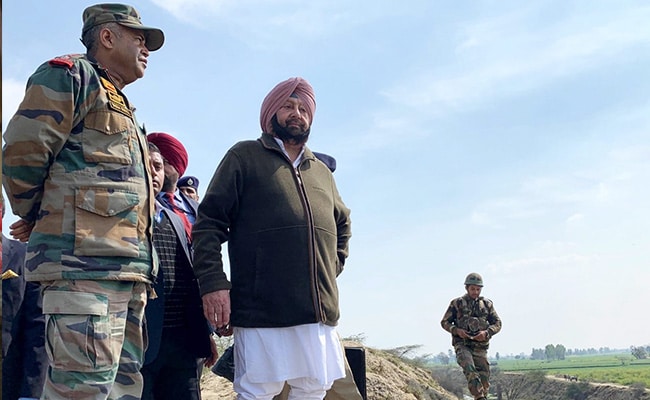 Former Punjab Chief Minister Amarinder Singh on Thursday hit out at Pargat Singh, a minister in the new state cabinet and a close aide of state Congress chief Navjot Singh Sidhu, saying that his accusations surrounding the BSF controversy were “ridiculous stories for cheap publicity”.

Captain Singh, who had to step down as Chief Minister last month following a mutiny among his MLAs fronted by Mr Sidhu, also targeted the Punjab Congress chief.

‘This is the height of irresponsibility from a state minister. You and @sherryontopp are clearly birds of the same feather, with nothing better to do than cook up ridiculous stories for cheap publicity.’: @capt_amarinder to Pargat Singh @INCPunjab@INCIndiahttps://t.co/DUO1bh9hb3

The comment followed a charge by Pargat Singh over the centre’s move to expand powers of the Border Security Force or BSF up to 50 km from the border that has triggered a major row since it spills over into the state government’s jurisdiction.

“I’ve always said Captain is with BJP only. Earlier he went to Delhi to make delay in paddy procurement and now this… If you’re deploying BSF in Punjab it shows your motive to impose governor rule,” Pargat Singh told news agency ANI.

The accusation came after Captain Amarinder Singh appeared to welcome the centre’s decision, saying that the enhanced presence of the BSF will make Punjab stronger. He added that the central armed forces should not be dragged into politics.

The move to allow the BSF to carry out searches and arrests over a wider belt in three border states has provoked a huge controversy in Punjab, with Chief Minister Charanjit Singh Channi calling it a “direct attack on federalism” and battling attacks from his own Congress colleagues.

Former Punjab Congress chief Sunil Jakhar took a shot at the Chief Minister over the home ministry order that came just a week after Mr Channi’s meeting with Union Home Minister Amit Shah, in which he had called for sealing the international border to check the trafficking of drugs and weapons.

“Be careful what you ask for! Has Charanjit Channi unwittingly managed to hand over half of Punjab to the central government? 25,000 square km (out of total 50,000 square km) has now been placed under BSF jurisdiction. Punjab Police stands castigated. Do we still want more autonomy to states,” tweeted Mr Jakhar.