Speaking during the launch of the new-gen Celerio, Kenichi Ayukawa, MD, and CEO, Maruti Suzuki said that while there may be some supply side constraints in the short term, owing to shortage of electronic components, the medium and long term India story continues to look promising. 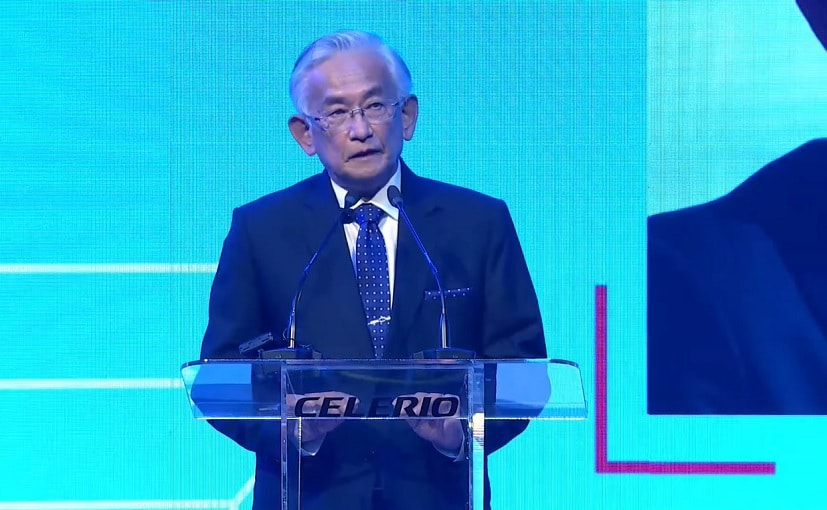 Kenichi Ayukawa, Managing Director, and CEO, Maruti Suzuki India, at the launch of the new Celerio

Maruti Suzuki launched a brand new model in the country after close to two years. The company had launched the S-Presso in September 2019 and since then we saw a whole bunch of facelifts and updates to the model range. Clearly, the times were hard and the company had a clear agenda in mind about new launches. Today, finally, the company launched the all-new generation of the Celerio and in a way, this marks the beginning of a slew of launches from the company. Speaking during the launch proceedings of the all new Celerio, Kenichi Ayukawa, Managing Director, and CEO, Maruti Suzuki outlined the troubled phase that the industry was undergoing. With the massive outbreak of the second wave earlier this year, it brought the industry to a standstill once again. However, with learnings from the first wave the ramp up in production was considerably faster.

Kenichi Ayukawa says that while the second wave brought the industry to a standstill once again, learnings from the first wave helped ramp up in production considerably faster

He went on to state that the second quarter was another challenging period because of the unprecedented global supply crisis of electronic components. In terms of volume, the industry may still be much lower than the best of fiscal year 2018-19 but according to Ayukawa, the outlook is positive.

He said, “Overall, I feel there may be some supply side constraints in the short term owing to shortage of electronic components. But the medium and long term India story continues to look promising.”

He outlined three major areas which provide a positive outlook to the industry. He cited the vaccination drive undertaken by the country as a confidence booster to business and economic recovery. The big boost to the industry has also come in thanks to the strengthening of road infrastructure and finally a vibrant, young population is aspiring for growth and fulfilment. A personal car fits well in his growth plans and lifestyle.

India is now the fifth largest car market globally and Maruti Suzuki contributes to nearly half of this. The outlook for the coming year is positive and while demand will outweigh supply in the short term, things will be more streamlined as we move into a new quarter of the fiscal year.