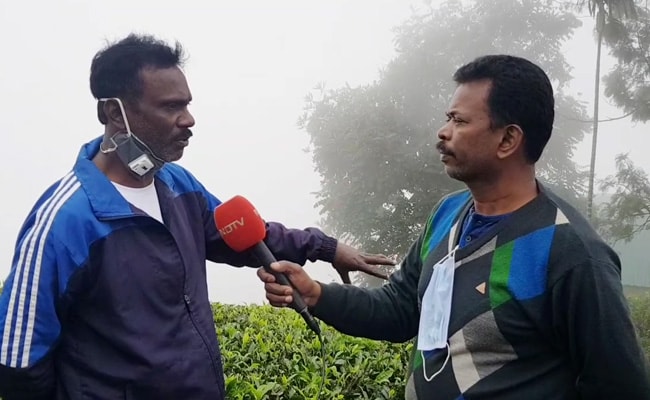 A witness at the site of the crash in Tamil Nadu that killed General Bipin Rawat and 12 others on Wednesday claims he saw the General alive moments after the wreckage was found in the hills.

Shiv Kumar, a contractor, was visiting his brother – he works in a tea estate — when the helicopter crashed yesterday afternoon near Coonoor in the Nilgiris.

Shiv Kumar claims he saw the Air Force chopper bursting into flames and falling. He and others rushed to the site.

“We saw three bodies fall…one man was alive. He asked for water. We pulled him out in a bedsheet and he was taken away by rescuers,” Shiv Kumar told NDTV.

He says three hours later, someone told him the man he spoke to was General Bipin Rawat, and showed him a photo of the Chief of Defence Staff.

“I could not believe that this man did so much for the country…and could not even get water. I could not sleep all night,” Shiv Kumar said, tearing up.

General Rawat reportedly died on the way to hospital.

Defence Minister Rajnath Singh told parliament that a tri-service inquiry has been set up to investigate the crash.

General Rawat, his wife Madhulika Rawat, and 11 others were killed when the chopper crashed on its way to Wellington from the Sulur Air Force Base in Coimbatore.

The only survivor is Group Captain Varun Singh, who is being treated for severe burns at the military hospital in Wellington. According to Rajnath Singh, he is on life support.

The Mi17 V5 helicopter took off from Sulur Air Base at 11:48 am on Wednesday and was expected to land at Wellington by 12:15 pm. But the chopper went off the radar around 12.08 pm.

The black box has been recovered and could help investigators understand why the helicopter crashed.