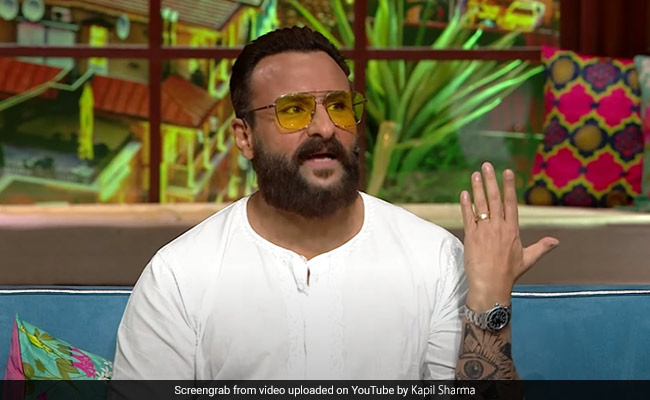 Saif Ali Khan, who has properties on rent in Mumbai, opened up about the hassles of being a landlord on a recent episode of The Kapil Sharma Show. Speaking to show host Kapil, Saif Ali Khan described himself as a “chhota-sa landlord” and said attending to tenants’ complaints is a “big headache”. “Arre, it’s a very big headache. Main bhi chhota sa landlord hoon (Even I’m a small-scale landlord),” Saif Ali Khan said on the show. “We still have the old mentality, so, we invested in flats and put them up on rent. But I get calls about issues about the ACs, leakage. Sometimes I thought, ‘I should hire someone’,” the 51-year-old actor said.

Having said that, Saif Ali Khan added that he has finally appointed a manager to deal with the tenants: “I hired a manager finally. But before that, I used to handle all that myself,” Saif Ali Khan said on the show.

Saif Ali Khan and Kareena Kapoor moved to a bigger apartment last year soon after which they welcomed their second child. After moving out, the star couple put up their old space on rent, reportedly for a monthly rental of Rs 3.5 lakh. The apartment in Bandra reportedly has a surface area of 1,500 square feet and also has two allotted parking spaces. Saif and Kareena’s current home is located just opposite their old home. The couple welcomed son Jeh in February while their older son Taimur will turn all of five in December this year. In June last year, Saif Ali Khan had revealed that work on the new house was keeping him busy.

Speaking to Kapil Sharma, Saif Ali Khan said by the time he had returned home from the registrar’s office after sorting out the rent agreement details, the news that he has put up his old home on rent was already all over the Internet.

Saif Ali Khan was last seen in Bhoot Police, the movie he was promoting on The Kapil Sharma Show. His upcoming movies include Bunty Aur Babli 2 and Adipurush.