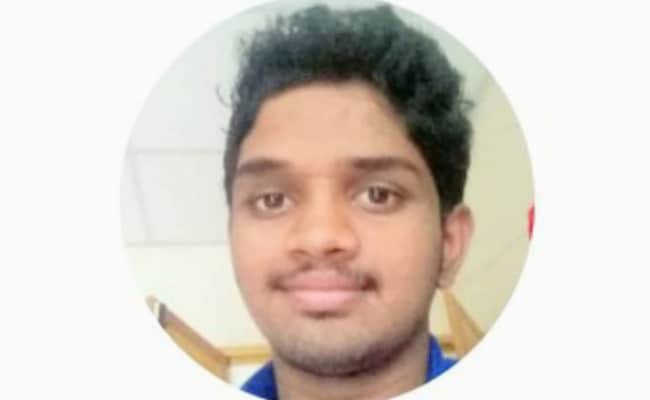 The young man arrested over rape threats to Virat Kohli’s nine-month-old daughter is an IIT Hyderabad graduate with a history of online trolling using multiple identities, the police said today. But to his family and friends, he was a diligent topper planning higher studies in the US.

Ram Nagesh Srinivas Akubathini, 23, is a software engineer who had been working with a prominent food delivery app in Bengaluru until a month ago. He quit his job to prepare for a master’s degree in the US.

He is in lock-up in Mumbai after his arrest in Hyderabad on Wednesday. In a few days, he would have headed to a US University but he had not bargained on getting caught.

A class 10 topper, Ram Nagesh was known to study hard, well into the night. He kept to himself and his interactions were mostly online, according to those close to him.

A Telangana police officer said Ram Nagesh’s father works in an ordnance factory at Sanga Reddy in Medak district. His father and a friend have gone with him to Mumbai.

Ram Nagesh, who reportedly ranked 2367 in the IIT-JEE or entrance exam, has a younger brother. The family, described as upper middle class, did not know of his trolling activities, the police say.

They just knew that he was passionate about cricket and had been upset after India’s defeat in back-to-back T20 World Cup matches, first to Pakistan and then New Zealand.

Ram Nagesh followed an account called “Gappistan Radio” that had tweeted against Virat Kohli, which led to a Twitter war between fans and haters, said Mumbai police sources.

After his late night tweet threatening the cricket captain’s baby daughter, Ram Nagesh allegedly deactivated the account in the morning, realising he had made a huge mistake. He deleted two more accounts. But Virat Kohli’s manager had already complained to the Mumbai Police Cyber Cell and an FIR (First Information Report) had been filed.

His family claims he posted the rape threat “accidentally”. He “must have mistyped after removing his lenses and he immediately deleted the post”, his father said.

When the tweet screenshot went viral and was flagged to the police in Mumbai and Delhi, Ram Nagesh allegedly changed his Twitter handle (@ramanheist) and pretended to be a Pakistani user @criccrazyygirl. But his handle was tracked down by fact-check websites. He also used another handle, @pellikuturuhere, which means “bride” in Telugu and indicated that the twitter handle belonged to a Telugu-speaking person.

Vicious comments had appeared on social media after India’s loss to Pakistan in the T20 World Cup in Dubai on October 24. Virat Kohli was also attacked after he spoke out against the incessant trolling of his teammate, Mohammed Shami, over his religion, after the loss.

“Attacking someone over their religion is the most pathetic thing one can do as a human. That is a very sacred and personal thing. People take out their frustration because they have no understanding of what we do,” Virat Kohli had reporters before the match with New Zealand.

“We’re playing on the field, we’re not a bunch of spineless people on social media. This has become a source of entertainment for some people which is very sad. All this drama created on the outside is based on people’s frustrations. We stand by him 200 per cent. Our brotherhood in the team cannot be shaken,” Mr Kohli had said.