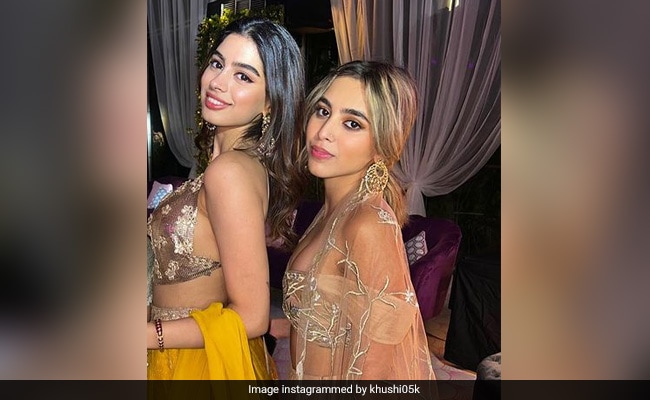 Khushi Kapoor, daughter of producer Boney Kapoor and Aaliyah Kashyap, director Anurag Kashyap’s daughter are close friends. So, there was no way Khushi Kapoor was going to miss Aaliyah Kashyap’s 21st birthday. Though she couldn’t attend the party in person, she managed to make her friend’s milestone birthday special by being part of the big day through a video call. A screengrab of the call was then shared on Instagram by Khushi Kapoor in which birthday girl Aaliyah is seen standing in front of a large white cake, getting ready to cut into it. Sharing the image, Khushi Kapoor wrote, “Happy 21st my pumpkin,” with a heart emoji. 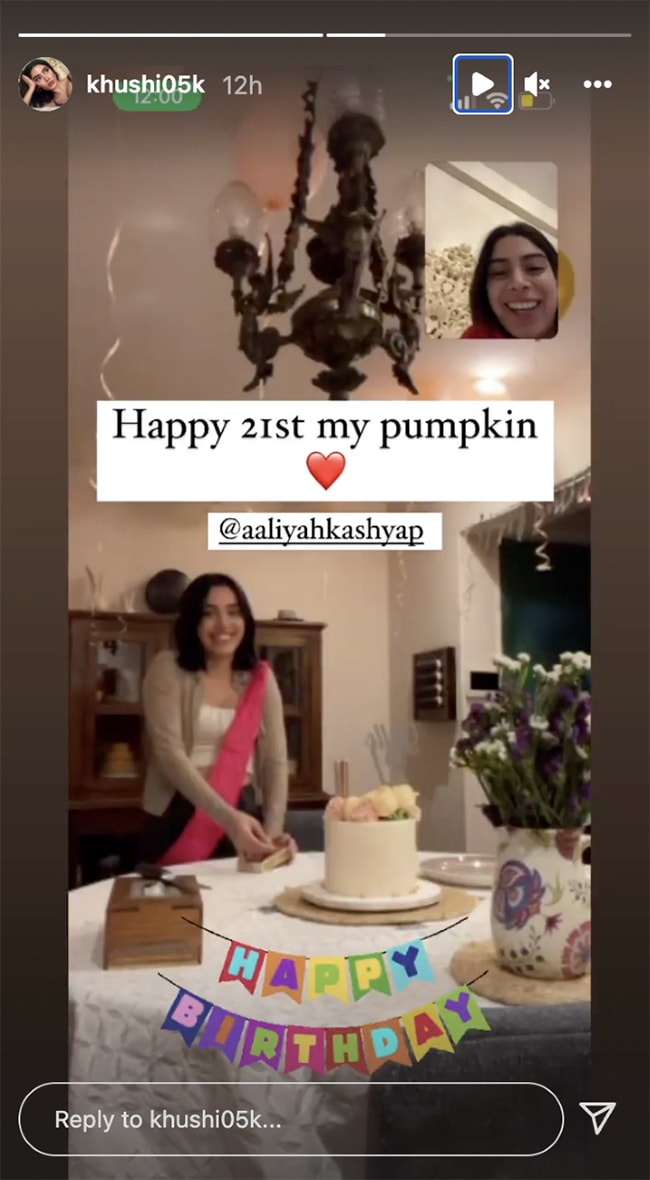 On the happy occasion, Aaliyah Kashyap also posed next to a bunch of balloons and declared, “I really am one of those people that love my birthday more than any other day. Sorry not sorry…” 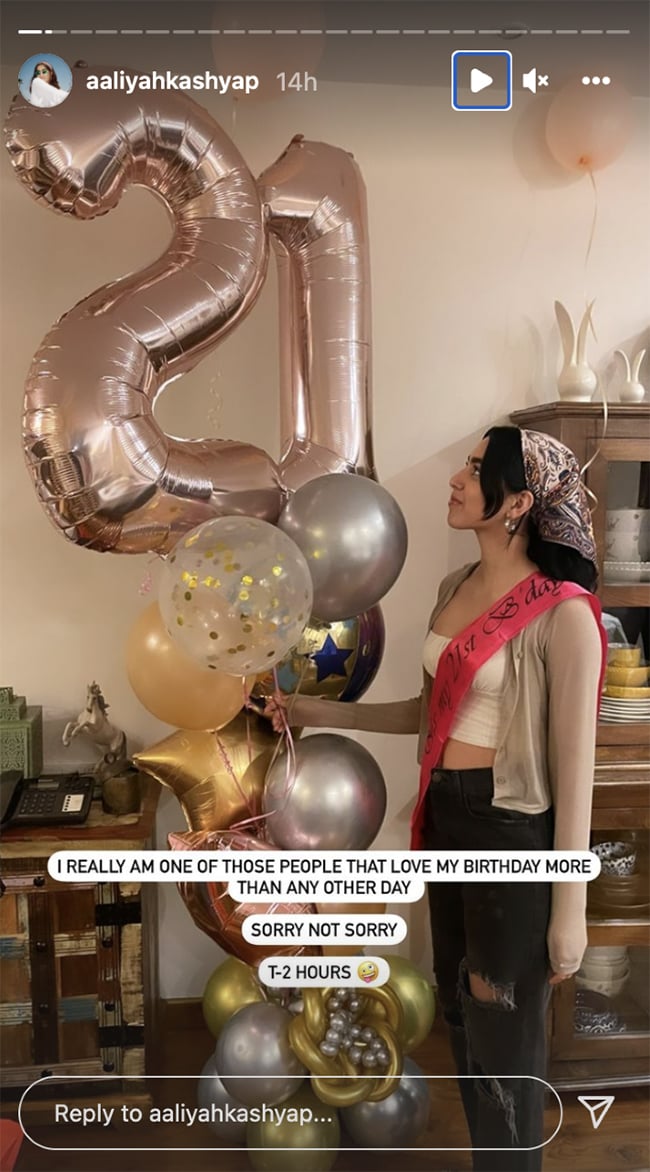 A few weeks ago, Khushi Kapoor was seen posing with Aaliyah Kashyap and Muskan Chanana, all dressed in traditional ensembles. Sharing the image, Khushi Kapoor said, “Everyone’s favourite trio,” and we have to agree.

The same image was also shared by Aaliyah Kashyap who wrote, “The real throuple,” in the caption.

Before that, the same trio appeared in another photo, this time shared by Aaliyah Kashyap. She let the photo do all the talking by just dropping an inverted smile emoticon in the caption.