Mahindra today opened bookings for the XUV700 and it has now said that it has received 25,000 bookings in just 57 minutes. This just goes to show how big the demand is for the SUV. Now, Mahindra had already said at the launch that the introductory prices that were announced will only be applicable for the first 25,000 bookings and now we see a hike in prices of the XUV700. So the MX variant of the XUV700 now begins at ₹ 12.49 lakh (from the previous ₹ 11.99 lakh) which is an increase of ₹ 50,000. The diesel now starts at ₹ 12.99 lakh. Overall there has been an average increase in price of ₹ 50,000 across variants

The new Mahindra XUV700 is offered in two main trim options MX and AX, and the former is only offered with a manual transmission. As for the AX series, it includes three variants – AX3, AX5 and AX7. All three get petrol and diesel engine options, and both are offered in manual and automatic transmission choices. 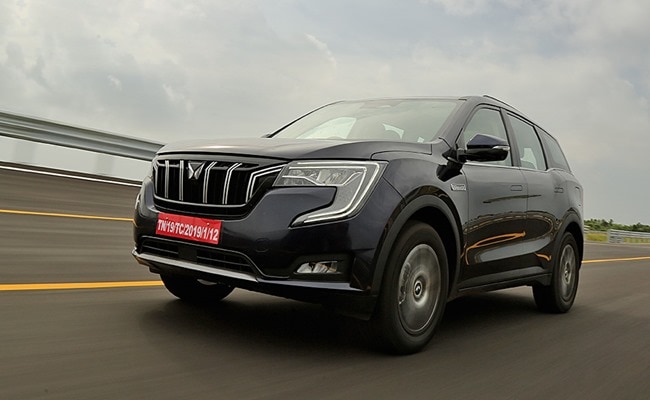 Mahindra is offering the new XUV700 with both petrol and diesel engine options. The petrol version gets a 2.0-litre mStallion turbocharged petrol engine that is tuned to make 197 bhp and develops a peak torque of 380 Nm. The engine comes mated to either a 6-speed manual or a 6-speed automatic torque converter gearbox. The diesel variants get a 2.2-litre, four-cylinder mHawk oil burner that is offered in 3 states of tune. In the base MX variant, it is tuned to churn out 153 bhp and 360 Nm and gets a 6-speed manual gearbox as standard. In the AX variants, it offers 182 bhp, and while the one with the 6-speed manual develops a peak torque of 420 Nm, the one with a 6-speed automatic torque converter offers 450 Nm.