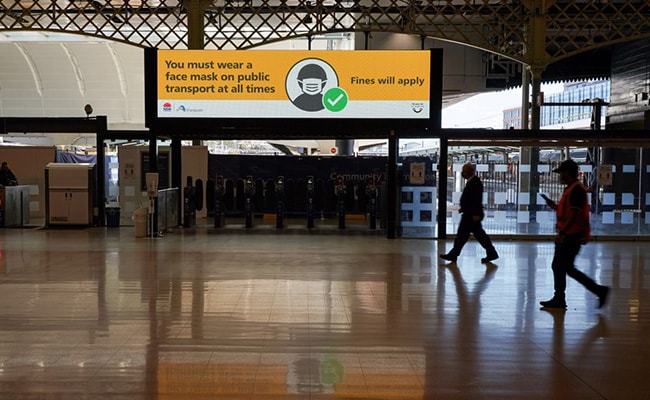 Australia sought to relieve pressure on overrun COVID-19 testing facilities on Thursday by narrowing its definition of close contacts of infected people and relaxing requirements for tests, as daily cases topped 20,000 for the first time in the pandemic.

Australia is grappling with the rapid spread of the Omicron coronavirus variant after most states eased tough restrictions, and like other countries, is betting on the highly transmissible variant being much less severe than previous variants.

The rules are being relaxed to also stop asymptomatic people being forced into isolation, especially in healthcare, hospitality and airlines, and cut long lines of people forced to get PCR tests for interstate travel or because they have been at a public site with a confirmed case.

“With Omicron, we cannot have hundreds of thousands of Australians and more taken out of circulation based on rules that were set for the Delta variant,” Prime Minister Scott Morrison told reporters.

Global COVID-19 infections hit a record high over the past seven-day period, Reuters data showed on Wednesday, as Omicron raced out of control and governments tried to contain its spread without paralysing fragile economies.

Australia’s daily infections have shot up from around 1,200 a month ago, when Omicron was first detected in Australia, to 21,329 on Thursday.

From Friday, Morrison said “close contacts” will be redefined as people who live in the same household with an infected person. They would have to isolate for seven days and would only have to get a PCR test if they have COVID-19 symptoms.

“If you’re anything other than a close contact and you’re not symptomatic, you don’t need to go and get a test,” Morrison said after a meeting of the national cabinet.

The proposed rules mean health officials will rely more on at-home rapid antigen tests, while PCR tests will be used for people with COVID-symptoms and the vulnerable.

Even as record cases strain testing facilities, hospital numbers are lower than during the peak of the Delta wave.

Out of more than 110,000 active cases, only about 120 people, or 0.11%, are in intensive care, according to official data, largely in line with the trend seen in countries with higher vaccination levels.

However Australia’s doctors have criticised Morrison’s redefinition of close contacts, saying it would further accelerate the outbreak.

“(Omicron) doesn’t care if you are a family member, a coworker, a drinker in the pub or breathing the same air in a lift,” Australian Medical Association President Omar Khorshid said in a tweet.

Kelly brushed off the criticism.

“We will have more cases. There is no doubt about that. This is a way of coping with that large caseload,” he told reporters.

Despite the Omicron wave, Australia’s tally of nearly 363,000 infections and 2,225 deaths are far lower than many comparable countries.