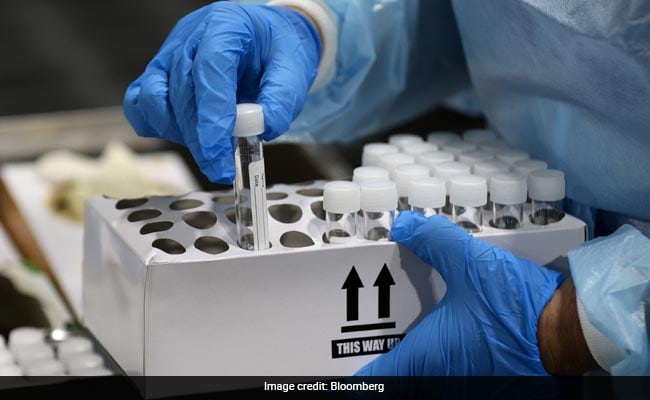 Omicron variant of Covid-19 is 4.2 times more transmissible in its early stage, a study said.

The omicron variant of Covid-19 is 4.2 times more transmissible in its early stage than delta, according to a study by a Japanese scientist who advises the country’s health ministry, a finding likely to confirm fears about the new strain’s contagiousness.

Hiroshi Nishiura, a professor of health and environmental sciences at Kyoto University who specializes in mathematical modeling of infectious diseases, analyzed genome data available through November 26 in South Africans in Gauteng province.

“The omicron variant transmits more, and escapes immunity built naturally and through vaccines more,” Nishiura said in his findings, which were presented at a meeting of the health ministry’s advisory panel on Wednesday.

Concerns are swirling globally that omicron could deal the world a bigger blow than even delta, and the World Health Organization has cautioned that it could fuel surges with “severe consequences.” But a jump in cases in South Africa in the wake of the variant’s emergence hasn’t yet overwhelmed hospitals, leading to some optimism that it may only cause mostly mild illness. Pfizer Inc. and BioNTech SE also said this week that a booster dose of their vaccine could fortify protection against the strain.

Nishiura’s study hasn’t been peer-reviewed and published in a scientific journal. The new analysis was conducted using the same method he used in a July study published by the Eurosurveillance medical journal on delta’s predicted dominance ahead of the Tokyo Olympics.

Hundreds of researchers globally are racing to understand the new variant, which is the most differentiated strain yet among the five variants of concern identified by the WHO since the pandemic began.

Cases in South Africa have rapidly increased to as many as nearly 20,000 a day since the country first reported omicron’s discovery two weeks ago. The number of Covid cases in the nation had remained low in the preceding weeks, despite only 26% of the population being fully vaccinated, according to Bloomberg’s Vaccine Tracker.

Pfizer Will Know Shot’s Efficacy Against Omicron by Year-End

“The vaccination rate was less than 30% and many people were probably naturally infected,” Nishiura said. “We need to pay close attention to future trends to see if the same thing will happen in countries where mRNA vaccines are used at a high rate.”