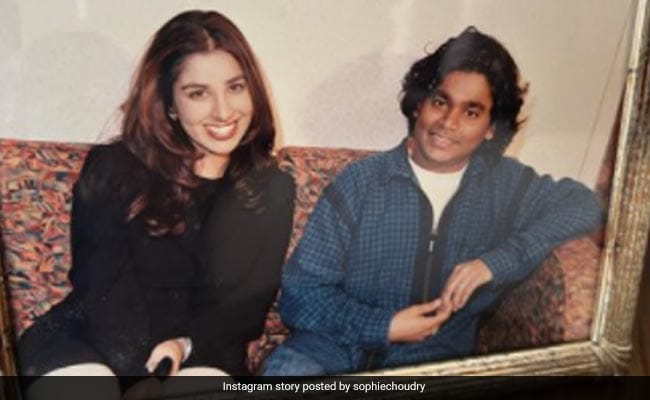 Music lovers across the country are fans of composer-singer AR Rahman. And, singer-actress Sophie Choudry is no different. On the occasion of the musician’s birthday, Sophie Choudry has shared an adorable throwback picture of herself with AR Rahman. In the image, the actress who is a self-confessed fangirl is seen posing for the camera next to AR Rahman. Sophie Choudry shared the photo during an Ask Me Anything (AMA) session. During the session, a fan asked the star to share “any childhood picture of yours (Sophie’s) that you haven’t shown anyone.”

Replying to this, Sophie Choudry said, “Not childhood but young teen having a fan moment with this legend! Incidentally.. Happy birthday, AR Rahman sir,” along with the picture, which has been framed. 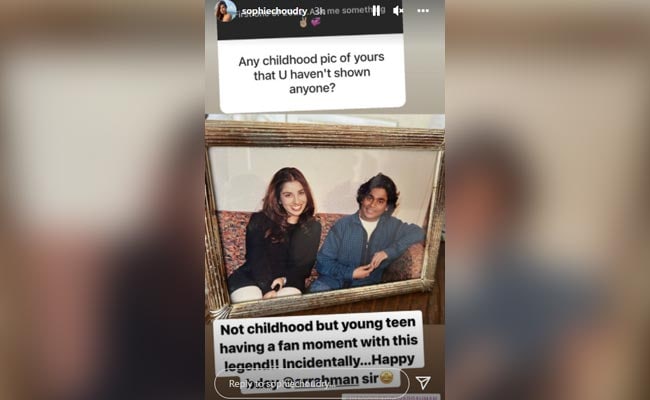 AR Rahman, the iconic singer-composer celebrates his 55th birthday today. The composer was recently in the news after his eldest daughter Khatija Rahman got engaged to audio engineer Riyasdeen Shaik Mohamed. The engagement took place in the presence of family members and close friends on December 29, 2021, which is Khatija’s birthday.

Sharing the news, Khatija Rahman wrote, “With the blessings of the Almighty I’m happy to announce to you all my engagement with Riyasdeen Shaik Mohamed an aspiring entrepreneur and a wizkid audio engineer. The engagement happened on 29th December, my birthday in the presence of close family and loved ones.”

Sound designer, sound editor and mixer Resul Pookutty also wished AR Rahman on the occasion. “My heartiest Birthday wishes to my dearest dearest big brother and my guru AR Rahman.  May Allah shower you with His choicest blessings!”

My heartiest Birthday wishes to my dearest dearest big brother and my guru @arrahman May Allah shower you with His choicest blessings!

AR Rahman is known for his music in films such as Roja, Bombay, Jodhaa Akbar, Rang De Basanti, Lagaan among several others.