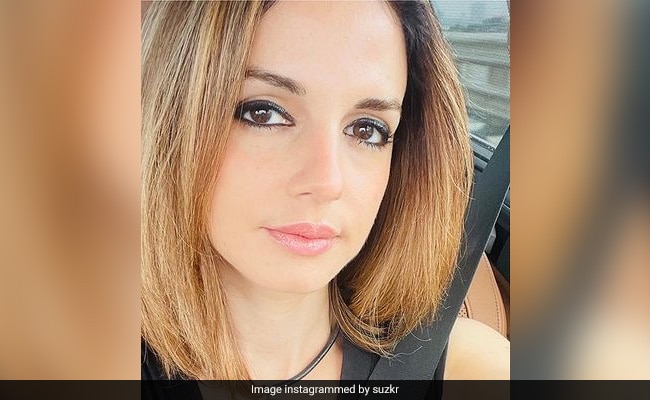 Sussanne Khan is said to be one of the closest friends of Aryan Khan’s mother Gauri Khan.

In the comment section of a journalist’s Instagram post, Sussanne Khan, who is believed to be a close family friend of the Khans, wrote, “I think this is not about Aryan Khan, as he was unfortunately at the wrong place at the wrong time.”

“This situation is being made an example to drive home the excitement that some people get as they have a witch hunt on people from Bollywood,” she added. 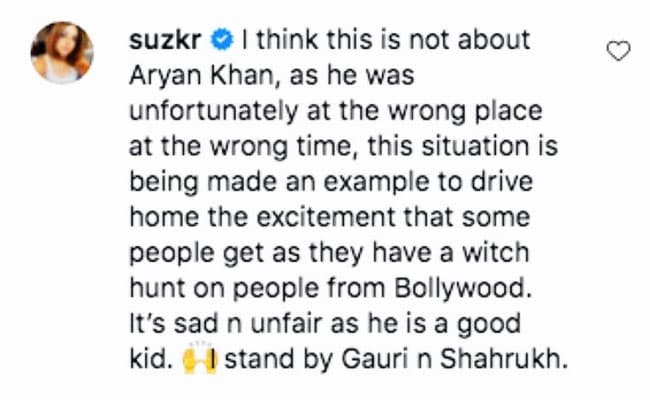 Sussanne Khan, film star Hrithik Roshan’s ex-wife, is said to be one of the closest friends of Aryan Khan’s mother Gauri Khan.

In her post, the journalist had claimed that Aryan Khan’s arrest should be “a wakeup call for parents”

Aryan Khan was arrested by the Narcotics Control Bureau (NCB) for alleged possession of banned drugs and substance abuse after officials in disguise raided a rave party on the Cordelia Cruise ship which was on its way to Goa. Eight persons including Aryan Khan were detained on Saturday evening.

On Monday, Aryan was denied bail and sent to custody till Thursday by a Mumbai court although in court his lawyer argued that he was a special invitee to the cruise ship and therefore “cannot be roped in with the entire seizure in the case”.

The anti-drugs bureau said the raids produced a haul of 13 grams of cocaine, 21 grams of charas, 22 pills of MDMA and 5 grams of MD. The drugs were found hidden in clothes, underwear and purses, reported news agency Press Trust of India, quoting an unnamed official of the anti-drugs bureau.

Neither Shah Rukh Khan nor anyone from the family has commented on Aryan Khan’s arrest yet.