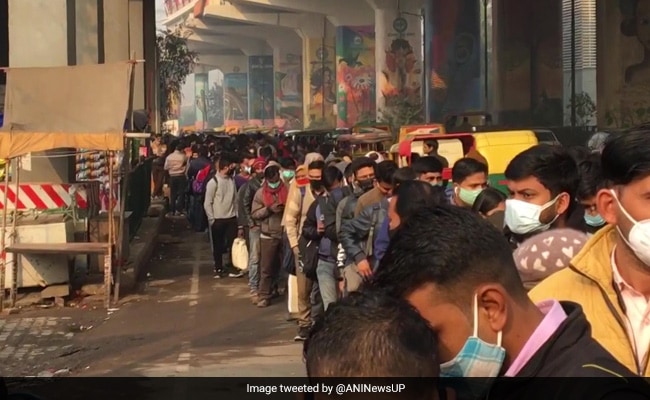 Several bus stops and metro stations in Delhi witnessed long queues today, a day after officials announced that public transport in the national capital would with only 50% capacity.

The decision was taken amid a spike in Covid cases after the emergence of the new variant Omicron. Delhi Chief Minister on Tuesday declared a yellow alert under which schools, colleges, cinemas and gyms would be closed.

The yellow alert also entails that buses and metro trains operating in the national capital run with 50% seating capacity. 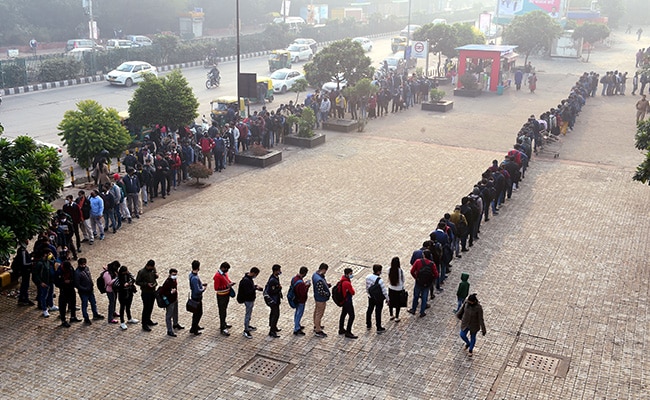 Passengers lined up outside the Akshardham Metro Station in New Delhi

Commuters said that they were facing difficulties due to the new norms. The waiting time for passengers has increased due to the low seating capacity. 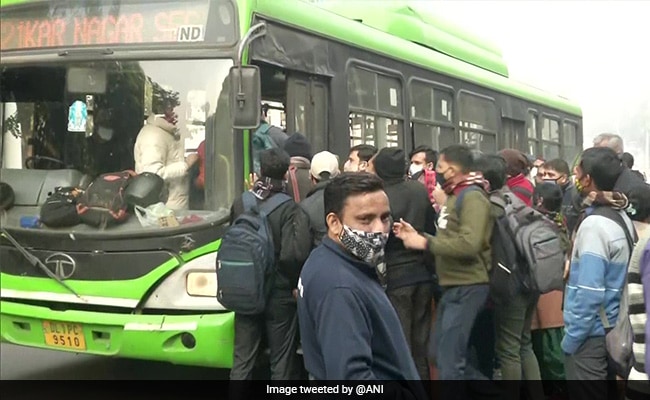 “We have to leave our house 2 hours before the scheduled time. Here on the bus, they don’t take passengers, but at the bus stand, the crowd is gathered. We have to stand for hours because of which we are late for our work,” a commuter told ANI.

Long queues were also witnessed at some metro stations in the Delhi-NCR region. 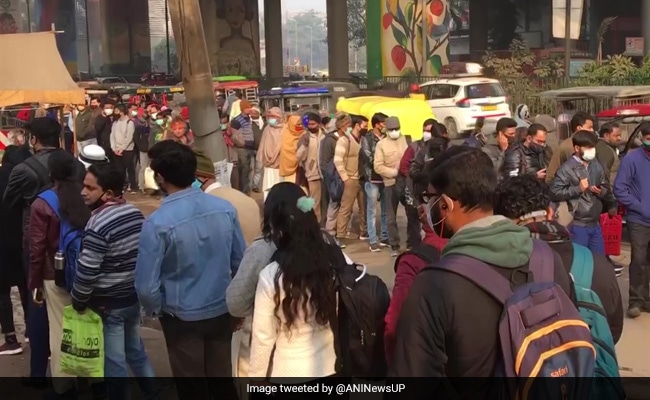 A few sections of people also supported the decision considering the increasing number of COVID-19 cases.

“As per the situation step is good but people are facing a problem. All the gates are closed and only one gate is open, which will lead to gathering and eventually cases will rise. Our expenses are also increasing. Government should think about the commuters,” said Anamika, a commuter. 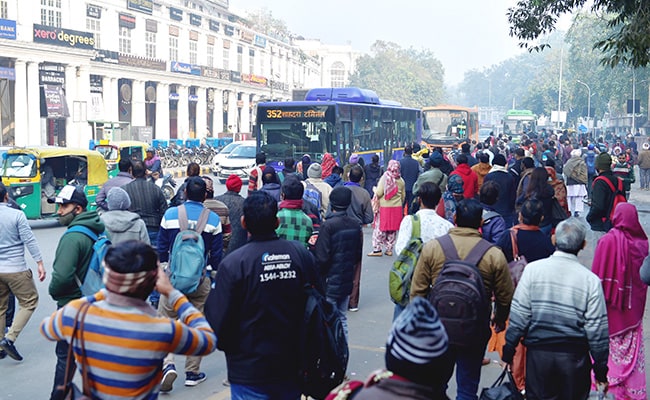 On Tuesday, authorities announced that Delhi Metro trains will run with only 50% seating capacity with no provision for standing for commuters.

“In view of the restrictions put in place to prevent the spread of the Covid – 19 pandemic, entry through some of the gates would be regulated. Passengers are therefore requested to travel only if absolutely essential and keep some additional time for their travel,” the Delhi Metro Rail Corporation said in a tweet.

Delhi reported 496 new COVID-19 cases on Tuesday, registering the highest single-day spike since the last six months. Delhi also has the highest Omicron count in the country with 238 cases, followed by Maharashtra with 167 cases.