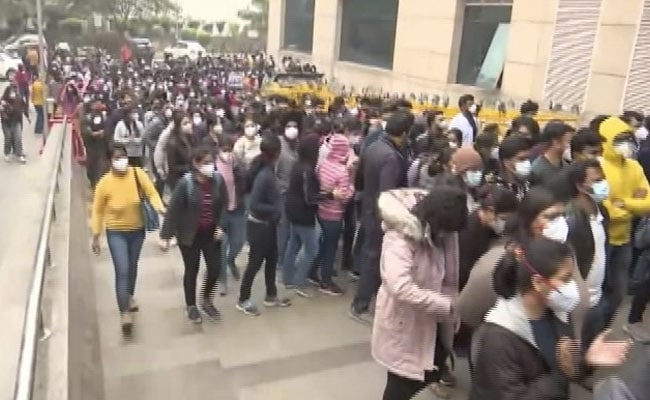 Junior doctors say the delay in college allotments for NEET postgraduates is unacceptable.

In the last 24 hours, the protesting doctors have faced brutal police crackdown, and thousands were detained, they claimed. Today, they were stopped from marching to the Supreme Court where the NEET matter is pending.

After the meeting between the Federation of Resident Doctors’ Association or FORDA, and the health ministry this afternoon, sources said the ministry has assured that the report of a three-member committee, formed by the Union Health Ministry to review the Economically Weaker Section or EWS quota, will be presented to the Supreme Court during the hearing on January 6.

The Union Health Minister has also expressed regret about yesterday’s confrontation between the Delhi Police and resident doctors, sources said.

The FORDA had alleged that the protesting doctors were manhandled by the Delhi Police — an accusation the police have denied.

The doctors accuse the government of delay in resolving the situation. The government contends that the since the issue is pending in court, they cannot resolve it.