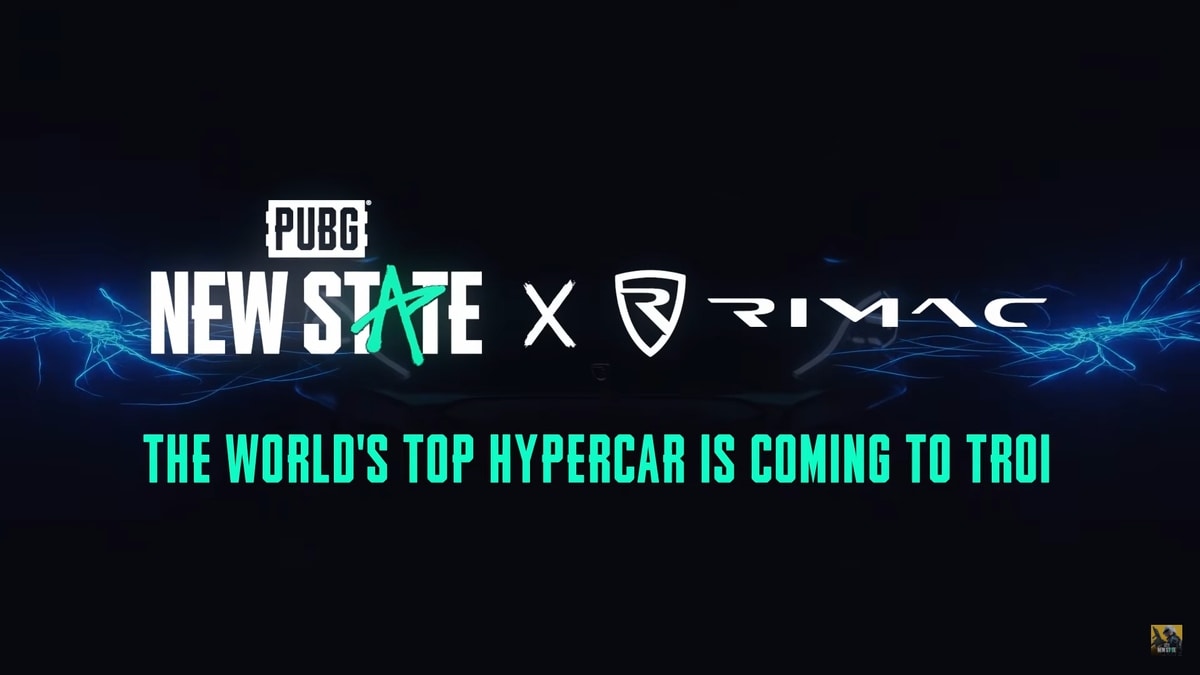 PUBG: New State has teased a partnership with Rimac, the electric hypercar and components manufacturer. The battle royale game from Krafton will soon be receiving an electric hypercar from Rimac. As per the teaser shared by Krafton, the upcoming EV hypercar coming to the PUBG: New State is most likely to be the Rimac Nevera. Earlier this month, Krafton also teased a new map for PUBG: New State and some major updates for 2022, along with some freebies to celebrate the new year.

Through a teaser video shared on YouTube, Krafton showed that PUBG: New State will soon be getting a new vehicle. Rimac Nevera will become available to players in the Troi map but did not mention when players will be able to drive the car in the game. As of now, the specifications of the hypercar in the game are unknown.

Rimac Nevera is the second vehicle from the Croatian hypercar and components manufacturer. Out in the real world, the two-seater electric hypercar is powered by a 120kWhr battery that churns out 1,914hp with 13,430Nm of wheel torque and is capable of maxing out at 412kmph. Powered by four independent electric motors – one on each wheel – it can hit 0-100kmph in a claimed 1.93 seconds. It also has a claimed range of 550 kilometres.

Earlier this month, Krafton teased a new map by sharing three images that gave us a glimpse of what’s to come. The map appears to have a mix of plains and hills as well as modern buildings and a central city tower. The release date of the map has not yet been confirmed.

Furthermore, PUBG: New State is also set to get its first batch of major updates in the first two months of 2022. Krafton mentioned its biggest priorities in 2022 will be “to continue making updates and improvements” to meet expectations.

“We also want to make sure to provide all our global survivors the best service and gaming experience, regardless of location or device,” Krafton added.

As a part of its New Year celebrations, Krafton will be gifting players six chicken medals and three royale chest crate tickets. Gamers have been given “HAPPYNEWSTATE” coupon code that can redeemed to get virtual freebies in the game. The new year celebrations are valid till January 10 at 11:59pm IST.

Catch the latest from the Consumer Electronics Show on Gadgets 360, at our CES 2022 hub.