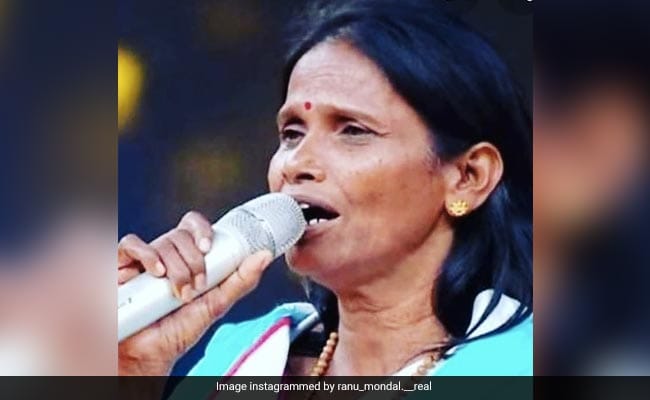 Remember Ranu Mondal, the singer who became an Internet sensation overnight? Well, she is trending once again. Ranu Mondal covered Sri Lankan singer-songwriter Yohani’s viral cover of the track Manike Maghe Hithe and the video is all over the Internet. A few years ago, Ranu Mondal became a household name after a video of her singing Lata Mangeshkar’s Ek Pyar Ka Nagma Hai at a railway station surfaced on social media and it went insanely viral. Over the years, she has featured in headlines several times.

Check out the video of Ranu Mondal here:

Ranu Mondal first trended for her rags-to-riches story after being discovered singing at a railway station. She also featured in headlines after Lata Mangeshkar reviewed her signing. She even offended some on social media by brushing off a fan who tapped her shoulder. The singer received major flak from social media users for the rudeness on her part and was even accused her of acting like a celebrity.

After her videos went viral, the singer was soon approached by music composer-singer Himesh Reshammiya, who invited her to the singing reality show Superstar Singer, where he featured as one of the judges. She also recorded two songs for Himesh’s film Happy Hardy And Heer.

About Yohani’s Manike Maghe Hithe, it is a highly revered cover of a song that went viral and is everywhere (every Instagram reel, check). In an exclusive interview with NDTV earlier this month, Yohani spoke about the kind of response the song received. She said that Priyanka Chopra sharing her song was “crazy.” Yohani also said that she wishes to collaborate with Indian composers and singers.