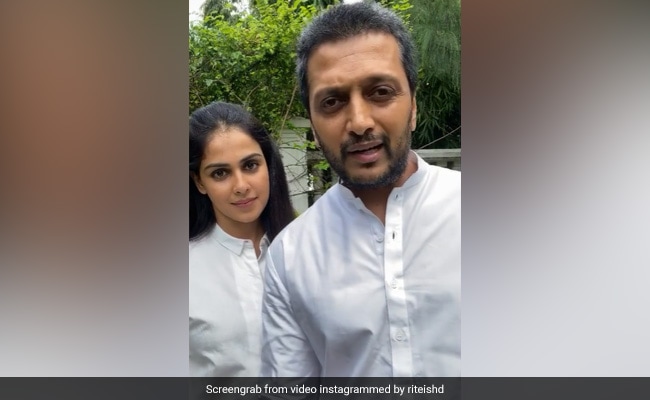 Riteish Deshmukh and Genelia D’Souza incinerated a troll, who dared to call the actress “vulgar.” The star couple recently made an appearance on Arbaaz Khan’s talk show Pinch. As is ritual, show host Arbaaz Khan read out a few comments from Riteish and Genelia’s social media posts, one of which was a rather nasty one. Commenting on the actress’ age, the hater referred to Genelia as “aunty” and accused her of “always overreacting.” Genelia, who was visibly taken aback as the Arbaaz read out the comment, said: “I don’t think he is having a good day at home,” adding that she hardly is cast in roles in which she can even appear to be “vulgar”. “I am always married, I am always the girl that you take home,” said Genelia.

Meanwhile, it is Riteish’s reaction which stole the show. Riteish started by enquiring who the user was. When told it’s a moniker with “yoga” in the profile name, Riteish said the user should practice exactly that: “You know you need to do that.” Riteish even suggested Kapalbhati and Shavashana to be precise.

On the Pinch episode, Genelia also revealed the story behind her expression in the viral video of Riteish Deshmukh greeting Preity Zinta at an awards function. “The actual story is that after a long time, I was attending an award function. I was all dressed up and wore high heels, thinking that I would be okay but we were meeting so many people, we were having conversations, and my feet were killing me. So Preity and Ritesh were having a conversation and unfortunately, the cameraman captured my reaction.”

In terms of work, Genelia D’Souza has starred in films such as Tujhe Meri Kasam, Samba, Chennai Kadhal, Santosh Subramaniam, Jaane Tu Ya Jaane Na and Tere Naal Love Ho Gaya. Riteish Deshmukh was last seen in Baaghi 3. The couple got married in 2012 and are parents to two sons.