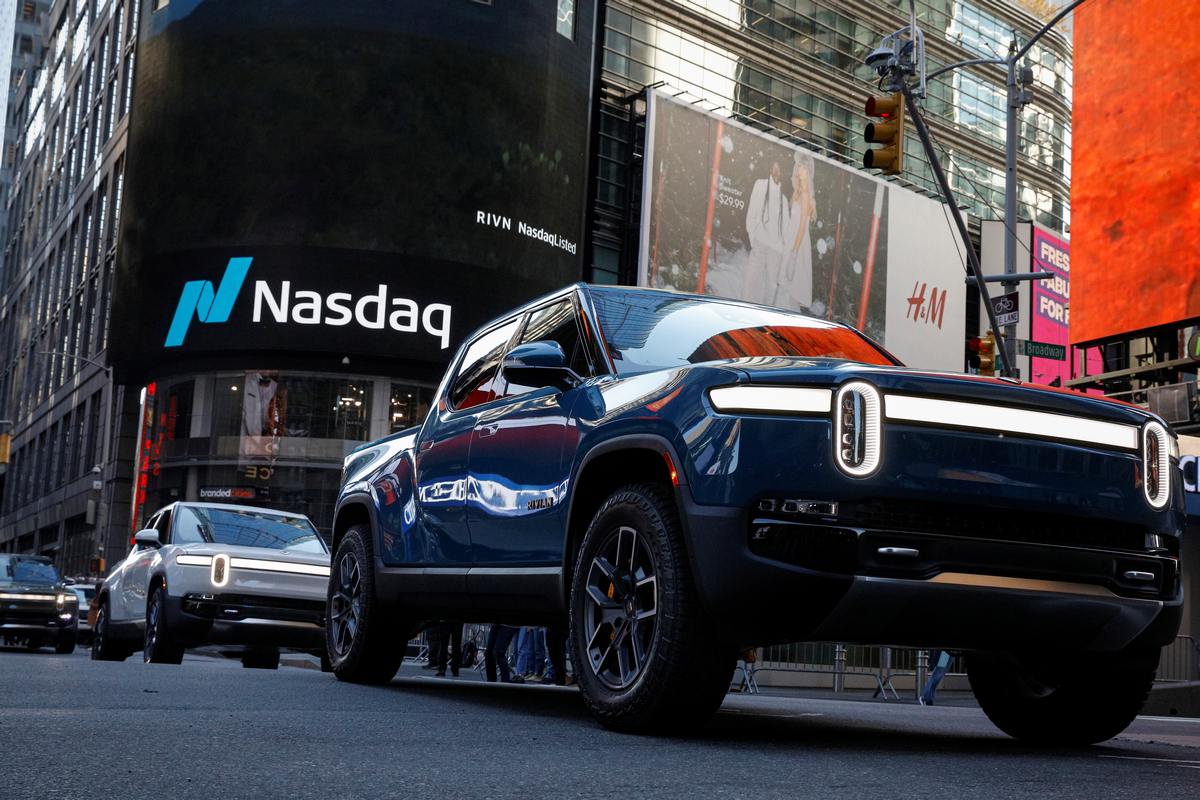 Rivian’s smashing entry into Wall Street, where its value soared higher than that of the traditional Detroit automakers, is confirmation of investors’ voracious appetite for any company making electric vehicles.

In its first day of trading, shares in the company backed by Amazon and Ford leapt as high as 50 percent, taking Rivian’s market capitalization to more than $100 billion (roughly Rs. 7,44,578 crore), if stock options and other convertible shares are taken into account.

That was above General Motors and Ford itself, even though those companies produce millions of cars each year whereas Rivian is expected to deliver only 1,000 by the end of 2021, and has yet to make a profit.

Yet the road ahead for Rivian may indeed be bumpy. Fellow electric car start-ups Nikola, Canoo, Lordstown Motors, and Fisker all saw their shares peak when they went public in 2020, before falling back heavily. Lucid and China’s XPeng have seen more stable share prices.

The rising interest in electric cars comes as investors sensitive to environmental or social issues increase demand for green companies.

Adding to the positive sentiment are moves by Washington to increase the availability of electric vehicle charging stations and encourage people to switch from fossil-fuel burning cars.

The electric vehicle sector remains tiny, comprising just three percent of all sales in the United States, yet it has benefited from this attention, which has not escaped the notice of traditional automakers.

“When General Motors says that by 2035 all of its cars will be electric, the hope for a rapid electrification of the sector is enormous,” said Gregori Volokhine, president of Meeschaert Financial Services.

For GM chief executive Mary Barra, the astronomical valuations of electric vehicle startups that have sold little to no cars shows that her company, which has planned to invest more than $35 billion (roughly Rs. 2,60,615 crore) in electric and autonomous vehicles by 2025, is “so undervalued.”

“If anything, it motivates me to work even harder,” she said at a conference Wednesday.

The Detroit automakers’ transition to electric fleets will take time, while with Rivian, “investors have a pure electric player on hand,” Volokhine said.

Also helping Rivian’s case is that founder Robert Scaringe, a car enthusiast who started the company right out of school, “chose wisely on his executive team,” which is stacked with auto industry connoisseurs, said Karl Brauer, an analyst at iseecars.com.

From their design to their interiors and options, Rivian’s products are convincing, said Brauer, who was able to test the company’s R1T pickup truck himself.

The model’s high price of at least $67,500 (roughly Rs. 50.26 lakh) should not prevent it from finding its audience, just as Tesla has been able to target the high-end market, Brauer said.

Perhaps most important for Rivian are its partnerships with Ford and Amazon.

In addition to owning about a fifth of the company, Amazon has placed an order for 100,000 of the company’s delivery vans by 2030.

Ford, meanwhile, owns about 12 percent of Rivian’s stock and has a vested interest in its growth.

With after-sales maintenance usually a weak point of auto start-ups, “Ford could come out with a statement in the next two months to two years saying there are going to have dedicated dealers that will also be fully capable of servicing the Rivians,” Brauer said.

To Jay Ritter, an IPO specialist at the University of Florida, the enthusiasm of investors who have paid so much for a company that has thus far delivered so little is “surprising.”

But he said that with the money raised, Rivian will be able to hire engineers and increase production, bringing it closer to markets’ lofty expectations.