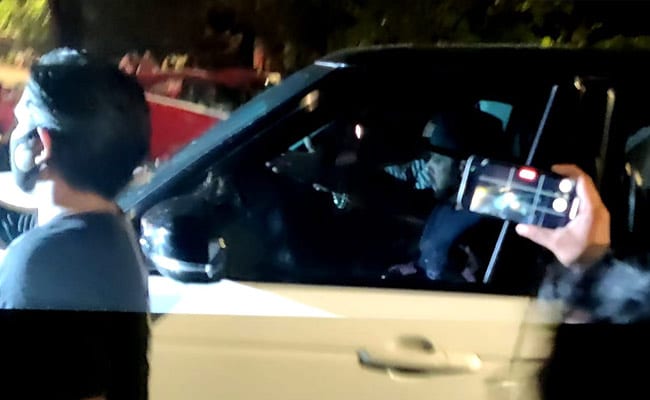 Actor Salman Khan visited Shah Rukh Khan’s Mumbai home around midnight on Sunday, hours after the superstar’s son, Aryan Khan, was arrested by an anti-drugs agency. In visuals, Salman Khan was seen in the backseat of a white SUV being driven inside the gate of ‘Mannat’, the name of Shah Rukh Khan’s home.

Aryan, 23, was arrested along with seven others on Sunday following a raid at a party on a cruise ship off the coast of Mumbai by the Narcotics Control Bureau or NCB.

Shah Rukh Khan was also seen leaving his home and heading for his lawyer’s office shortly before the arrest was confirmed.

The charges brought against Aryan include purchase, possession and use of banned substances, the NCB said. He is in the NCB’s custody till tomorrow.

Aryan’s lawyer Satish Maneshinde demanded bail, saying that he had been arrested only on the basis of chat messages.

“Aryan had no ticket, no cabin or seat on board the cruise. He was there because he had been invited. He didn’t even have a boarding pass. Nothing has been found on him. He was arrested on the basis of chat only,” the lawyer said.

The NCB team boarded the Goa-bound ship disguised as passengers on Saturday morning, sources said. According to officials, the party began after the ship left Mumbai and was at sea. The raids began at 10 am and went on till 2 pm, it said.