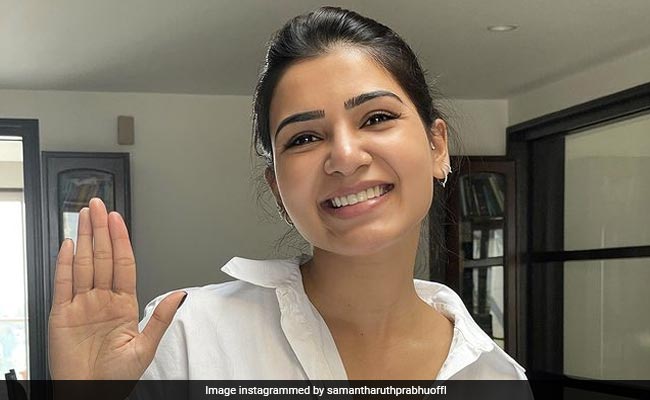 Samantha Ruth Prabhu has over 19 million followers on Instagram. Here’s what her profile reads now:

On Saturday, Both Samantha Ruth Prabhu and Naga Chaitanya confirmed the split by issuing statements on their respective Instagram profiles. The statement by the actress read: “To all our well-wishers. After much deliberation and thought Chay and I have decided to part ways as husband and wife to pursue our own paths. We are fortunate to have a friendship of over a decade that was the very core of our relationship which we believe will always hold a special bond between us. We request our fans, well-wishers and the media to support us during the difficult time and give us the privacy we need to move on. Thanking you for your support.”

Naga Chaitanya’s father, south megastar Nagarjuna reacted to the separation announcement in a tweet, writing: “With a heavy heart, let me say this – what ever happened between Sam and Chay is very unfortunate. What happens between a wife and husband is very personal. Sam and Chay, both are dear to me. My family will always cherish the moments spent with Sam and she will always be dear to us. May god bless them both with strength.”

Samantha Ruth Prabhu and Naga Chaitanya got married in 2017 after dating for almost a decade. They are co-stars of films like Manam, Ye Maaya Chesave and Autonagar Surya.