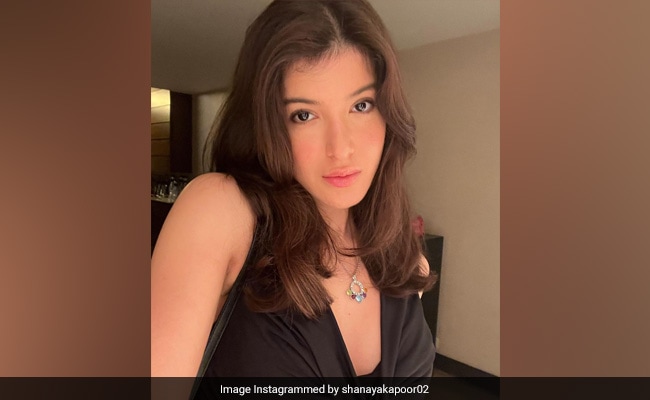 Shanaya Kapoor is making the little things in her life count. And, we couldn’t be happier than to see her this way. Shanaya’s latest Instagram photo dump shows us that the “little things” can range from a vase of roses to a mirror selfie. Her caption read, “It’s the little things that count.” The photo dump started with a selfie. Then, she showed us the cover art of Heat Waves sung by the UK-based band Glass Animals. Now, we know what she’s tuning in to these days. Next up is a basket of caramel popcorn and a vase of pink roses. Shanaya also posed for a mirror selfie in her casual yet stylish outfit and showed off a glass of juice. The album also contained photos from her gym sessions and a “welcome home” decor.

Shanaya Kapoor may be cherishing the little things now. But this Diwali, she made it big with her style statements and glam quotient. Shanaya dazzled in her festive outfit and wished her fans “light, love and happiness”.

During Diwali, Shanaya Kapoor also shared two throwback photos from her childhood. She won our hearts with these family snapshots that feature her brother Jahaan Kapoor and their parents Sanjay and Maheep Kapoor. Our hearts melted over Shanaya’s smile in these photos. In the caption, she wished a happy Diwali to her fans and added the hashtag “grateful”.

Shanaya Kapoor is yet to make an acting debut in Bollywood. But her family boosted her aspirations by presenting her with a unique birthday cake this year. We could see the glee on Shanaya’s face when she found an Oscar-like statuette on her cake. We did love the filmy touch to the star kid’s birthday. Sanjay Kapoor posted the photo on his Instagram timeline and wrote, “Happy birthday my (heart). Always be happy and keep smiling like this, love you.”

Shanaya Kapoor was seen on screen in cameo roles in Netflix’s The Fabulous Lives Of Bollywood Wives.