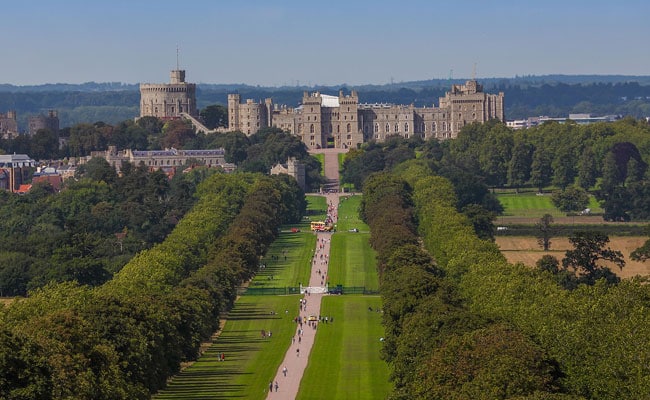 “From our perspective, we are going through a difficult time,” the father of the intruder said.

The Indian-origin father of a 19-year-old boy, being held under the UK’s Mental Health Act after being arrested for intruding the grounds of Queen Elizabeth II’s Windsor Castle with a crossbow, has spoken of the family’s anguish over the incident.

Jasbir Chail, 58, said that his son Jaswant needs help after he scaled the walls of the castle in Berkshire, south-east England, on Christmas Day while the 95-year-old monarch was in residence.

A social media video, being reviewed by Scotland Yard, later emerged in which a masked man identifying himself as Indian Sikh Jaswant Singh Chail says he wanted to “assassinate” the Queen as revenge for the Jallianwala Bagh massacre in Amritsar in 1919.

“Something’s gone horribly wrong with our son and we are trying to figure out what. We’ve not had a chance to speak to him but are trying to get him the help he needs,” Jasbir was quoted as saying in ‘The Times’.

“From our perspective, we are going through a difficult time. We are trying to resolve this issue and it’s not easy,” he said.

According to the newspaper, the suspect’s parents are the registered directors of an IT firm and live with the teenager and his twin sister in a house on an estate in the village of North Baddesley in Hampshire, south-east England. Scotland Yard officers have been seen at the property since Sunday.

“I will attempt to assassinate Elizabeth, Queen of the royal family. This is revenge for those who have died in the 1919 Jallianwala Bagh massacre,” the masked suspect is heard saying in a distorted voice in the Snapchat video.

“It is also revenge for those who have been killed, humiliated and discriminated on because of their race. I’m an Indian Sikh, a Sith. My name was Jaswant Singh Chail, my name is Darth Jones,” he adds.

Sith refers to villains in ‘Star Wars’ films who take on “Darth” as a title.

A former schoolmate of the suspect from Toynbee School in Hampshire said that Chail had done well at secondary school. The 19-year-old girl, who asked not to be named, told the newspaper: “He was nerdy, but not in a way like, ‘I’m so clever’… he was pretty normal.” She said that during his time in school “he never had many views on anything to do with racism”, adding: “I don’t know if lockdowns are getting to him or something.” A message sent alongside the suspect’s Snapchat video read: “I’m sorry to all of those who I have wronged or lied to.

“If you have received this then my death is near. Please share this with whoever and if possible get it to the news if they’re interested.” The incident marked the fifth person to have caused a security scare at Windsor Castle in the past nine months and was caught on CCTV by security officers on the grounds within seconds. Meanwhile, UK Home Secretary Priti Patel is said to have instructed department officials to “consider options to strengthen controls” on weapons such as a crossbow, which was recovered in the latest security breach.

“Work on this has been ongoing throughout the year, and we keep all relevant laws under review to maintain public safety,” a Home Office spokesperson said.