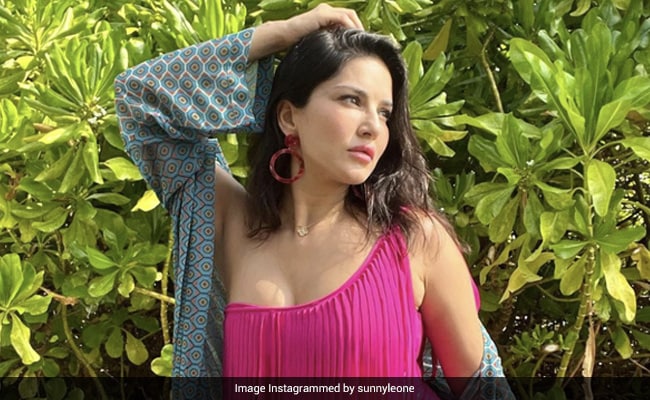 Sunny Leone loves to travel. A cursory glance at her social media will prove this. And now, her love for travel has taken Sunny Leone to the Maldives. The actress is in the island country and has decided to bless our Instagram feed with some stunning pictures. The actress, on Monday, dropped images of herself in a swimsuit and a cape looking gorgeous as always. In the pink and blue ensemble, Sunny Leone looked all set to soak in the sunshine. In the caption, the Ek Paheli Leela actress wrote, “Good morning Maldives!” Fans of the star flooded the comments section with heart emojis.

Just a few hours ago, Sunny Leone shared how elated she was to be surrounded by the sun, sand and sea once again. In a video, she is seen giving her Instafam a quick look at the blue waters, while sending them a kiss. In the caption, Sunny Leone wrote, “Back in paradise!”

Showing us how happy she is to be on a vacation, Sunny Leone shared a video of herself dancing around in joy. In the caption, the actress said, “Sunday mood,” with a heart-eye emoji.

When she is not on such a scenic vacation, Sunny Leone finds herself buried in work. Recently, the actress shared a video of her rehearsal for a song and gave us a glimpse of just how much hard work goes into her craft. In the caption, Sunny Leone wrote, “The rehearsal!”

Before that, she shared another behind-the-scenes video of her rehearsing. In the clip, a person holding a hand fan can be seen standing next to Sunny Leone. In the caption, the actress wrote, “Meet the most important person on the sets – The fan guy!”