Pushpraj Jain raided: Around 50 locations were being searched by tax officials in UP and Mumbai.

Days after a tax raid on an Uttar Pradesh businessman uncovered eye-popping piles of cash but raised questions whether it had found its intended target, opposition Samajwadi Party’s Pushpraj ‘Pampi’ Jain found himself searched by authorities this morning.

Around 50 locations are being searched by the Income Tax Department in Uttar Pradesh, Delhi and Mumbai linked to the businessman who owns perfumery, petrol pumps and cold storage operations and had launched a ‘Samajwadi Party perfume’ ahead of UP elections due early next year.

The opposition party responded to the raids on Twitter: “After a huge failure last time, this time BJP’s ultimate ally IT (income Tax Department) has finally raided the place of SP MLC Shri Pushp Raj Jain and other perfume traders of Kannauj. Openly misuse of central agencies by scared BJP is common in UP elections. People are watching everything, they will answer by vote.”

The raid comes amid a fog of speculation surrounding the huge haul at the Kanpur and Kannauj premises of another businessman Piyush Jain, which led to the recovery of Rs 196 crore in cash and 23 kg gold. 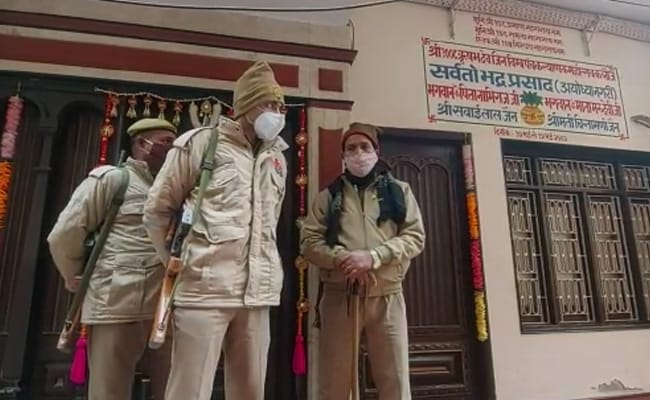 About 50 location were raided by tax authorities on Friday.

The BJP had alleged that it was Piyush Jain who recently launched the Samajwadi perfume. Taking a swipe at the opposition party, Prime Minister Narendra Modi said in Kanpur on Wednesday, “Boxes filled with notes have come out. The people of Kanpur understand business and trade well. Before 2017, the perfume of corruption that they had sprinkled all over Uttar Pradesh is there for everyone to see.”

Pushpraj Jain had told NDTV that he has no links with Piyush Jain and that he was “saddened by the low level of politics”. “It is below the belt to use my name in relation to the raids,” he said. Asked about Mr Chidambaram’s tweet, Jain said, “He may be right, the raids may have been planned for me.”