The Tiger Sport 660 is a sports tourer based on the Triumph Trident 660, rather than an out-and-out adventure motorcycle. 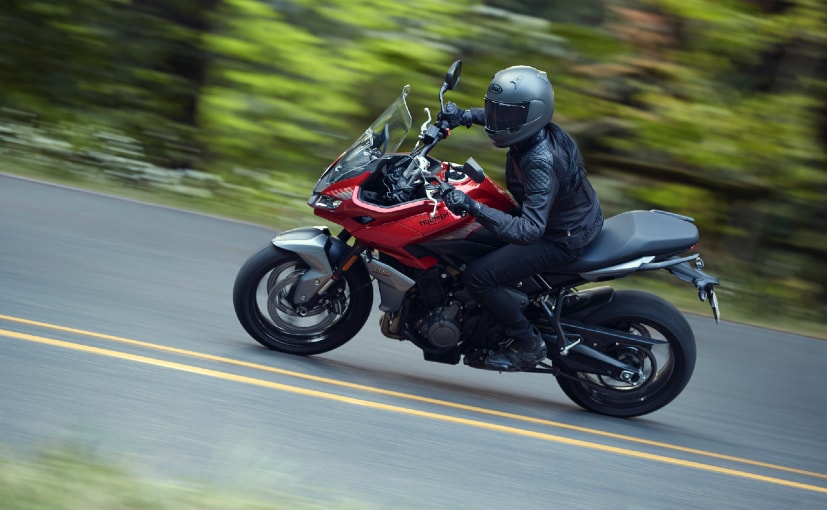 Triumph Motorcycles has unveiled the all-new Triumph Tiger Sport 660, based on the Triumph Trident 660 naked roadster. The Tiger Sport 660 is an adventure sport touring motorcycle, built for sport touring, rather than an off-road oriented ADV, and it extends the Trident 660 platform. Although it’s based on the Trident 660, it looks quite the part of a touring machine, and gets some differences, with a sporty-looking half-fairing, an upright riding position, more suspension travel, taller seat height, and a reinforced sub-frame for better touring ability, to carry luggage and a pillion in comfort. 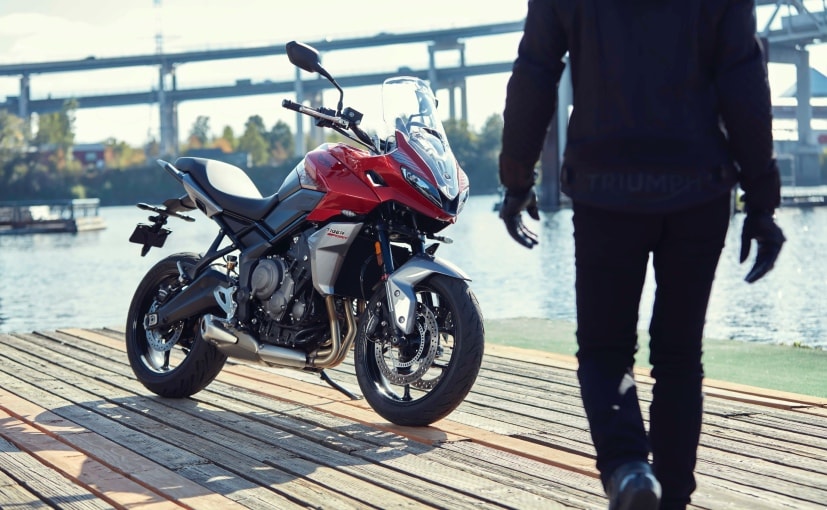 The Triumph Tiger Sport 660 comes with an upright riding position, with a half-fairing, twin LED headlamps and a height-adjustable windshield for long journeys out on the highway.

The design certainly is striking, but it’s not similar to the bigger Tiger 900, and the face, with twin LED headlamps and a tall height-adjustable windshield underscore the Tiger Sport 660’s touring credentials. Going with that theme, the fuel tank capacity has been increased to 17 litres (compared to the 14-litre fuel tank of the Trident 660), and the Tiger Sport 660 also gets a new cockpit, with a new instrument console, as well as different ergonomics, with a more upright riding position, and better weather protection for long hours in the saddle.

Also Read: What We Know So Far About The Triumph Tiger Sport 660 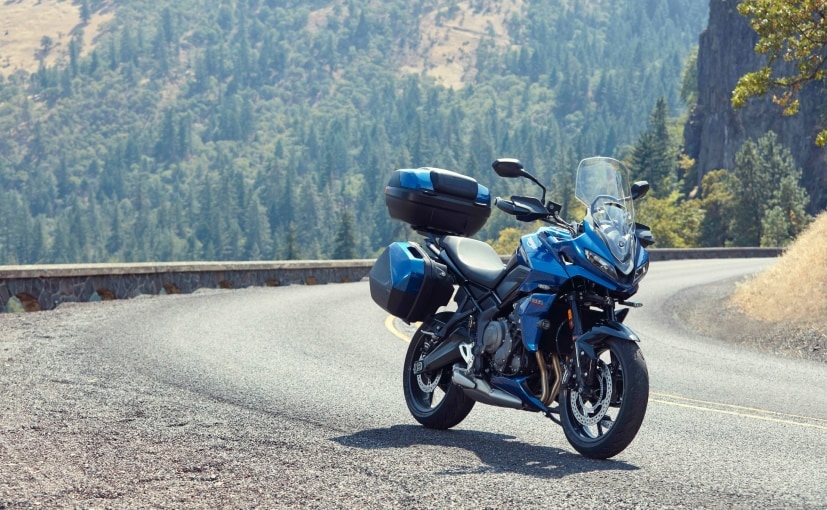 Accessories include full body-colour coordinated panniers and a top box which can store two helmets.

On the features list, the Tiger Sport 660 gets two riding modes (Road and Rain), switchable traction control, and dual-channel ABS. It’s available in three colour options, Lucerne Blue and Sapphire Black, Korosi Red and Graphite, and a third, Graphite and Black colour option. The instrument console comes with a TFT display and is ready for the accessory-fit MyTriumph connectivity system. 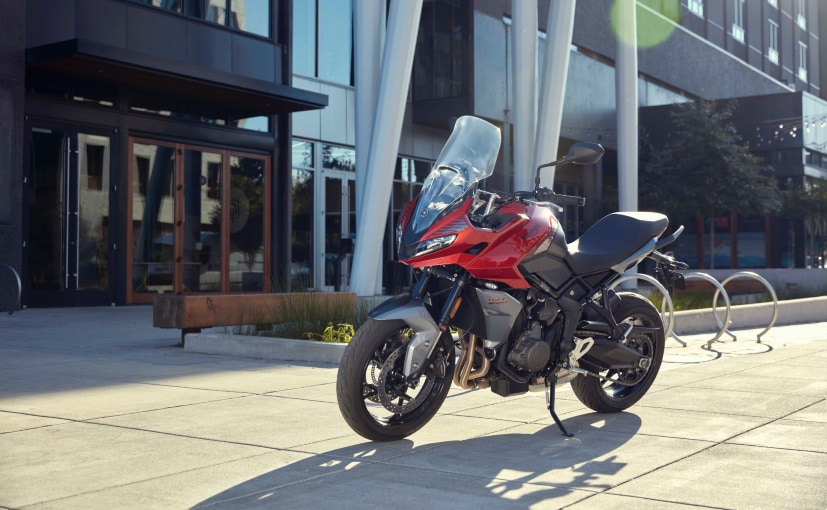 The Triumph Tiger Sport 660 comes with 150 mm suspension travel at front and rear. Brakes are the same as the Trident 660’s, as are the wheels and tyres.

Triumph says the Tiger Sport 660 is not an off-road biased machine, and the Sport moniker is for tarmac adventures. So, it rides on 17-inch wheels and Michelin Road 5 tyres, just like the Trident 660, which offer good grip, but aren’t made for rough terrain, or heading off to the back of beyond. Suspension travel has been increased with 150 mm travel at both ends. The Showa 41 mm upside down front fork is non-adjustable, while the monoshock gets a remote preload adjuster. The Nissin brakes are also shared with the Trident 660, and the reinforced rear sub-frame get integrated pannier mounts for easy fitment of accessory panniers. 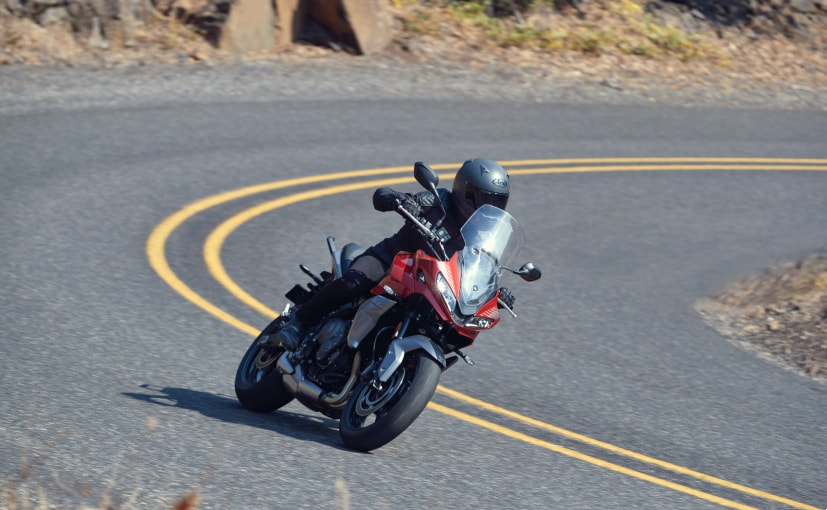 The 660 cc inline three-cylinder engine is shared with the Trident 660, and produces the same power; 79 bhp at 10,250 rpm and 64 Nm at 6,250 rpm. Performance is expected to be similar to the Trident 660, with its free-revving character, which is entertaining, and at the same time un-intimidating for new and inexperienced riders. The bike comes with a two-year unlimited kilometres warranty, with an option to extend it for one or two years, and also gets 16,000 km or 12 months service intervals, to keep maintenance costs low. 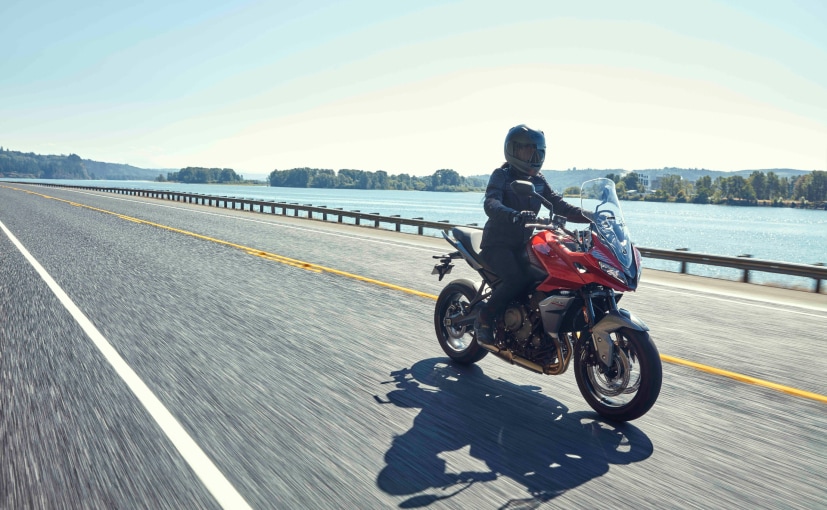 The Triumph Tiger Sport 660 will be launched in India in early 2022, possibly around March 2022, and is expected to be priced at around ₹ 8.5 lakh (Ex-showroom).

The Triumph Tiger Sport 660 will be launched in India, and will be the entry-level model in the Tiger family. We expect Triumph India to introduce it sometime in the first quarter of 2022. Prices are expected to be higher than the naked Trident 660 it’s based on, and we expect the Tiger Sport 660 to be priced at around ₹ 8.5 lakh (Ex-showroom) when it goes on sale.