We’d all be whizzing round in robotaxis by now if Elon Musk had been right. Instead, fully self-driving cars are struggling to get away from the starting grid and some investors are betting that driverless trucks will reach the chequered flag first. Only a year ago, startups developing robotaxis were pulling in eight times more funding than firms working on autonomous trucks, buses and logistics vehicles, but the gap has narrowed dramatically in 2021. With fewer regulatory and technological hurdles, trucks operating on major highways, fixed delivery routes or in environments far from cyclists and pedestrians such as mines and ports are now being seen as a faster way to generate returns.

In the year through Dec. 6, total investment activity for self-driving logistics vehicles leapt fivefold to $6.5 billion from $1.3 billion in the same period in 2020, according to startup data platform PitchBook. Investment activity for robotaxi firms, meanwhile, fell 22% to $8.4 billion from $10.8 billion over the same period, the PitchBook data compiled for Reuters shows. The numbers may even understate the trend as some robotaxi firms such as Alphabet Inc’s Waymo are pumping more cash into their own autonomous trucking operations as well.

In the latest trucking deal, Robotic Research said on Thursday it has raised $228 million by tapping outside investors for the first time to expand its autonomous trucks, buses and logistics vehicles business. The new money comes from investors including SoftBank’s Vision Fund 2, Enlightenment Capital and Luminar Technologies, which makes lidar sensors used in self-driving cars. 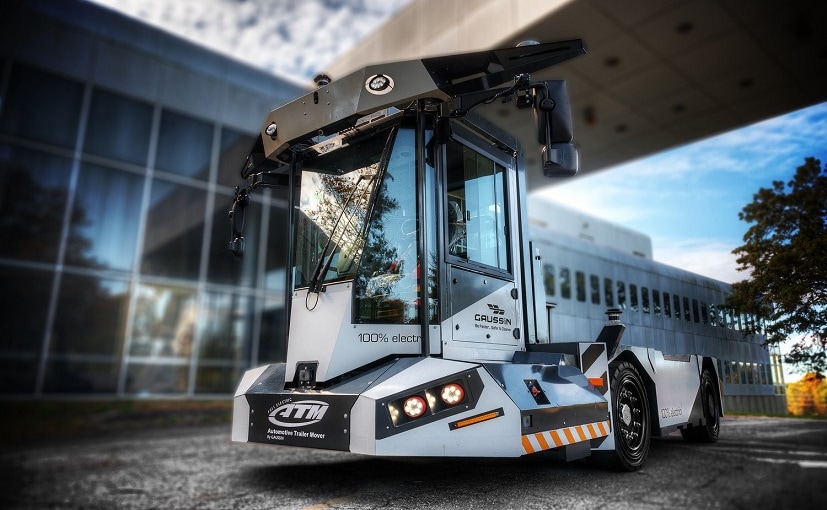 Robotic Research Chief Executive Alberto Lacaze told Reuters the company was deploying autonomous vehicles at scale where the business case works for customers “right now”. “They don’t have to wait until 2025, unlike robotaxis where you need to have the cost of all the sensors come down by an order of magnitude,” he said.

As recently as 2019, Tesla’s Musk had promised a million robotaxis “next year for sure”, but self-driving cars that can navigate safely anywhere are still a long way off. Peter Rawlinson, head of electric vehicle (EV) startup Lucid Motors, said last month it would be a decade before fleets of robotaxis hit the roads – even with the most advanced sensors. PitchBook’s lead mobility analyst Asad Hussain said startups such as Gatik, which makes autonomous short-haul vans, and Nuro with its mini delivery robots, could eclipse Waymo and rival Cruise over the next few years in commercialising at scale.

Still, while long-haul trucks are easier to automate than robotaxis because major highways are simpler environments than bustling city roads, self-driving truck company executives are cautious about how fast they can ramp up. “We’re very cognizant of the overpromises that the industry has made,” said Cheng Lu, chief executive of self-driving truck technology company TuSimple, which went public in April with a market value of $8.5 billion. “The industry understands the complexity of the problem now and that solving it will take a longer time,” he said.

For now, TuSimple has a fleet of about 50 trucks with safety drivers aboard crisscrossing America’s warmer southern states, but it plans to have a national network covering major U.S. highways by 2024. That will involve major investments in mapping highways, learning how to handle tougher weather and road conditions further north and in new self-driving trucks being developed by Navistar, which is part of Volkswagen’s Traton. 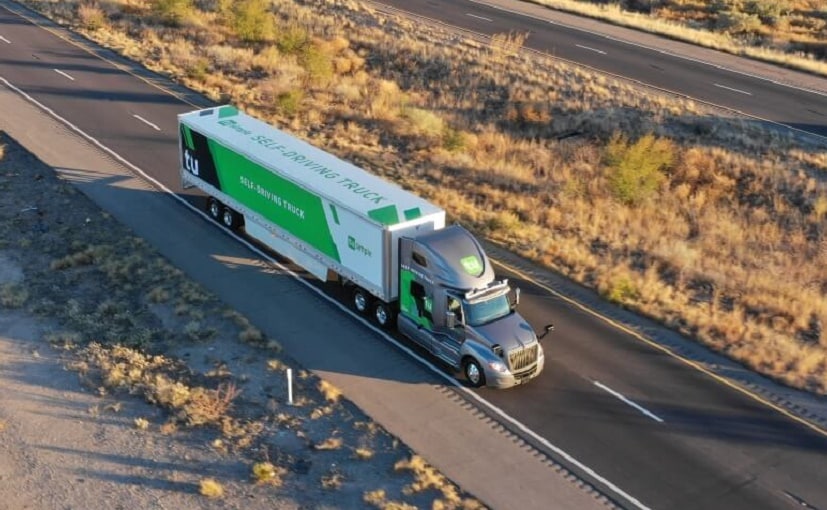 For now, TuSimple has a fleet of about 50 trucks with safety drivers aboard crisscrossing America’s warmer southern states

But rolling out a truly national network could take years as self-driving trucks still face a major challenge: human drivers.

An autonomous vehicle will always hit the brakes if it encounters a “testosterone-laden human male”, said Ralf Klaedtke, chief technology officer at TE Connectivity, which makes sensors and electronic systems to handle masses of self-driving data for the auto industry.

“The autonomous vehicle will always be the slowest in mixed traffic,” he said.

But for now he is focusing on simpler applications, some of which use a purpose-built, fully-electric self-driving vehicle from Australian startup Applied EV.

“This is a long journey,” he says while showing off test vehicles at the company’s headquarters in Oxford in England. “It’s one of the hardest engineering problems to solve.”

Oxbotica is working on vehicles for mines in partnership with Wenco, part of Hitachi Construction Machinery, and on many different options with energy company BP, such as vehicles for remote wind and solar farms.

Morag Watson, BP’s senior vice president for digital science and engineering, said Oxbotica’s technology could monitor large sites, or haul equipment out to humans undertaking repairs. She said they would be testing many different options in 2022.

“We’ve barely scratched the surface of what we can do with industrial autonomy,” Watson said.

Oxbotica is also working with British online food delivery and technology company Ocado which automates supply chain systems for the likes of U.S. retail chain Kroger. BP and Ocado have both invested in Oxbotica.

Alex Harvey, Ocado’s head of advanced technology, said Oxbotica’s technology could be used “in the warehouse, in the yard, on the road, or kerb to kitchen”.

U.S. autonomous EV maker Outrider has targeted distribution yards – picking up trailers after truckers drop them off and lining up new ones to be hauled away – including at a Chicago yard for paper company Georgia-Pacific.

Outrider has developed a robot arm for the truck to connect and disconnect trailers. It has raised $118 million so far and Chief Executive Andrew Smith says it will scale up to thousands of vehicles over the next five years.

“We saw through the early hype of the technology and recognised distribution yards were the perfect near-term solution with their repetitive, low-speed operations in confined environments,” he said.

Going out on public roads requires moving carefully, partly because of regulations, but also because of legal pitfalls in a litigious market such as the United States.

Ian White, chief executive of digital insurer Koffie Labs, said a “black swan billion dollar” crash could wipe out any company that moves too fast and gets it wrong.

“You’d be putting your balance sheet on the line,” he said.

That’s why Gatik has opted for a careful approach for its “middle-mile” delivery routes between distribution centres and retailers, Chief Executive Gautam Narang said.

“We’re not working on every tricky situation the autonomous vehicle industry is trying to solve,” he said. “We’re taking baby steps using routes that are uneventful from a complexity standpoint.”

Gatik works with Walmart Inc and Loblaw Companies Ltd using autonomous trucks with safety drivers, though it operates some driverless routes in Arkansas and sees the global shortage of drivers as an opportunity.

“We decided to focus on a simpler use case where the need was very acute,” Narang said. “We’re not building the technology for technology’s sake.”