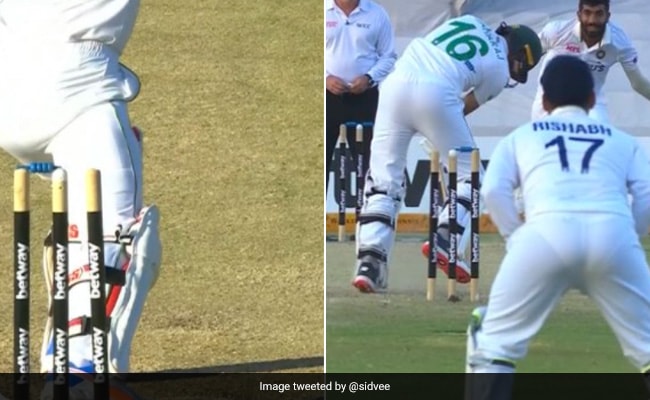 Jasprit Bumrah has sort of developed a habit of producing jaw-dropping moments out of nowhere. Be it the T20s, ODIs or Tests, franchise cricket or internationals, Bumrah, with his sheer brilliance, somehow manages to force everyone to take a note. The right-arm seamer set Twitter on fire with two sensational deliveries towards the end of Day 4 of the ongoing first Test match against South Africa at the SuperSport Park in Centurion. Bumrah cleaned up Rassie van der Dussen and nightwatchman Keshav Maharaj with deliveries so different that one wouldn’t be blamed for thinking it came from two different bowlers.

South Africa, in their second innings, were fighting hard with van der Dussen and captain Dean Elgar gutsing it out in the middle to end the fourth day with minimal damage. But Bumrah, as he so often does, disrupted their plans with a late burst.

In the fourth ball of the 36th over in South African’s second innings on Wednesday, Bumrah produced nothing short of a spectacle to send back van der Dussen, who had till then batted with utmost patience. The ball pitched around fifth stump and came back in from a length to hit the top of Dussen’s off stump. The fact that Dussen shouldered arms to that delivery showed how unnaturally it came back in to disturb the woodwork.

Bumrah was just getting warmed up. With a wand-like right-arm of his, he dished out the near-perfect yorker to nightwatchman Keshav Maharaj in what turned out to be the last ball of the day to give India their fourth wicket.

Jasprit Bumrah – an absolute artist. And, with all the talk about how T20 can hinder players in Test cricket, illustrates how the very best players bring in T20 skills to enhance their Test game

Stumps on day four in Centurion ????

Nothing Maharaj could do, just a great ball from Bumrah to end the day.

Bumrah maaan! What a ball! What a bowler! pic.twitter.com/HtvUQxFvn6

South Africa ended Day 4 at 94 for 4, still needing 211 runs to win. India meanwhile, need six more wickets on the last day to go 1-0 up in the three-match series.