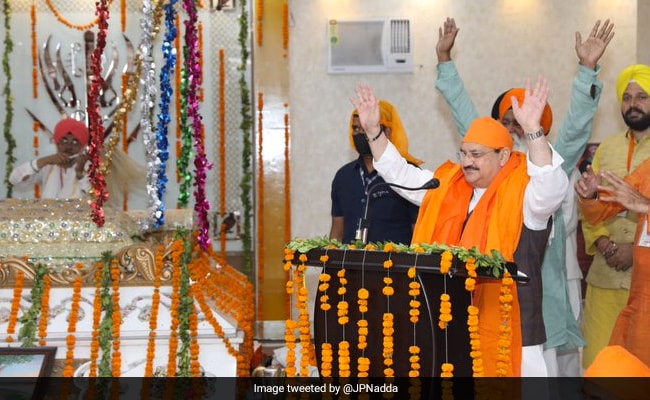 While speaking at the event, Mr Nadda said, “Work done by Prime Minister Narendra Modi for our Sikh brothers and community has never been done before. I take blessings and strength from Baba Namdev to do a better social service.”.

Speaking about Baba Namdev and his literary works, Mr Nadda added, “Baba Namdev’s works are in Marathi, Punjabi and Hindi. Today, I prayed for the better visions for the party and the people.”

Earlier on Monday, the BJP chief had visited the Gorakhnath temple followed by a brief visit to Gita Press in Gorakhpur. Later, Mr Nadda addressed ‘booth sammelans’ and will also meet Vantangiya families.

Three top leaders of the party– JP Nadda, Amit Shah and Rajnath Singh– are scheduled to address booth sammelans and hold yatras in the upcoming month.

Uttar Pradesh is scheduled to go for Assembly polls in 2022.