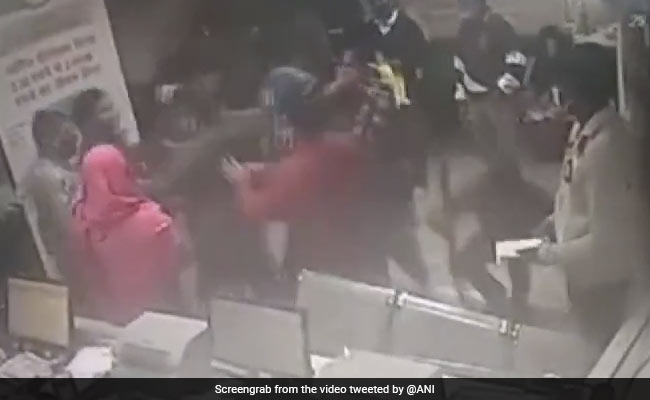 A bank in Delhi’s Chhatarpur was ransacked and its guard was assaulted by a man who was stopped at the gate for not wearing a mask, reported news agency ANI. This as Delhi has sounded the Yellow Alert to fight the daily spike in Covid cases fuelled by the outbreak of a highly transmissible Omicron variant.

CCTV footage from the bank shows the man brutally attacking the guard who falls to the ground trying to shield himself from the blows.

#WATCH | A man thrashed a guard for stopping him from entering a bank without wearing a mask in Chhatarpur. When the staff tried to intervene, the accused called his associates and ransacked the bank & assaulted the staff. A case is being registered in this regard: Delhi Police pic.twitter.com/NARHhUBZ6y

As the staff and other customers tried to intervene, the man called his associates and ransacked the bank.

The police have filed a case and a probe is underway.

Masks are mandatory at all public places in the national capital, especially as the new variant has renewed fears and triggered an alarm globally.