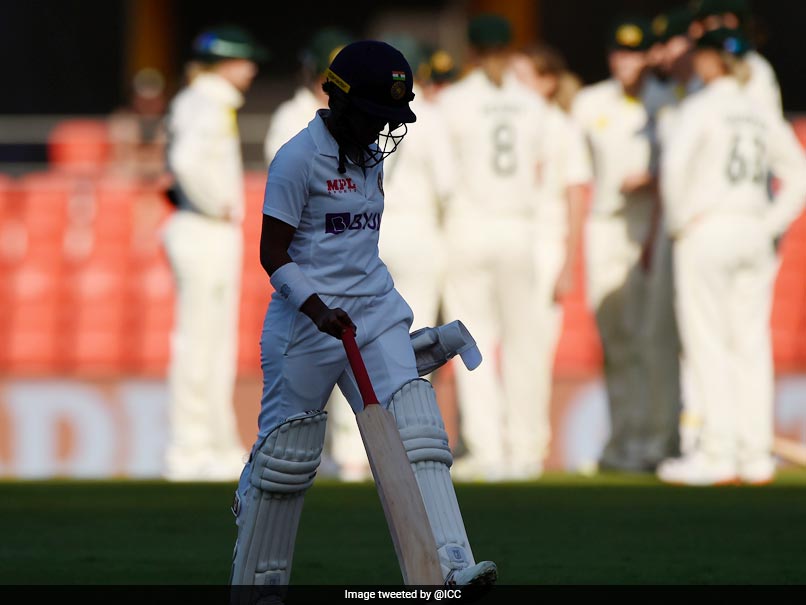 Smriti Mandhana is winning all the plaudits after hitting her maiden Test century — the first by an Indian woman on Australian soil in the longest format but another Indian woman cricketer is winning hearts for upholding the ‘Spirit of Cricket’. On Day 2 of the ongoing Pink Ball Test between India and Australia on Friday, Punam Raut was dismissed caught behind for a well-made 36. The umpire , however, had given Punam not out after an appeal from the Australian players. But the Indian batter just nonchalantly walked off.

Punam Raut is given not out, but the Indian No.3 walks! #AUSvIND | @CommBank pic.twitter.com/xfAMsfC9s1

While Punam Raut’s exceptional decision to walk off received widespread praise, the star of the show for India was Smriti Mandhana.

The stylish opener made history by becoming the first Indian woman to score a Test century in Australia and she did with much aplomb, stroking the Aussie bowlers to all parts of the ground.

The left-hander looked in control for the entirety of her innings, peppering the offside field with some delicious front foot and backfoot drives. Punam Raut played the perfect foil to the elegant Mandhana, blocking everything that came her way.

Mandhana was finally dismissed for a brilliant 127 by Ashleigh Gardner. Raut went soon after but captain Mithali Raj and Yastika Bhatia steadied the ship albeit with luck on their side.

Mithali, in particular, was a little suspect outside the off-stump with Beth Mooney dropping a relatively easy chance to give the Indian a reprieve.

Mithali’s luck ran out, quite literally, when she was caught short of her crease by a direct hit from Annabel Sutherland. Ellyse Perry removed Yastika as India lost their 5th wicket before the rain gods came calling again to put a halt to the proceedings.

India were 276 for five when the match was delayed due to rain.