This vehicle will be designed by the Zeekr brand which also comes under its umbrella. Waymo previously had deals with Stellantis and Jaguar

China’s Geely has closed a deal with Alphabet-owned Waymo which is the pioneer in self-driving cars. The deal entails the development of electric robotaxis which will not have any steering wheels for human drivers and will have a minivan format tailored for ride-sharing services. These cars will have Waymo designed self-driving hardware and software while the vehicle will be designed by Geely.

“We’re pleased to announce our latest OEM collaboration with Geely, a top global auto manufacturer. Waymo will integrate our Waymo Driver into a version of the new mobility-focused, all-electric Zeekr vehicle, designed in Sweden specially for autonomous ride-hailing. We’re committed to expanding access to sustainable transportation, and deploying these fully autonomous, electric ride-hailing vehicles in the U.S. is an important step as we electrify our Waymo One fleet,” said Waymo in a press statement. 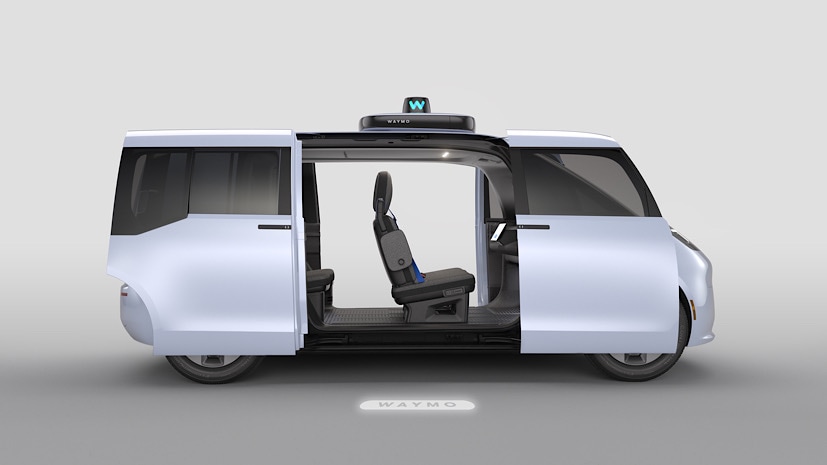 The Geely owned Zeekr brand will be making this car

The concept photo that has been shared by both Waymo and Geely shows a flat floor, low step-in height, and a design that doesn’t have a b-pillar. It will also have sliding doors and there will be a lot of headroom for passengers.

Geely of course also owns Volvo and the Polestar brands which means it is a serious electric automotive player in the world.  But this vehicle will be designed by the Zeekr brand which also comes under its umbrella. It has also been said that these cars will be introduced first on the Waymo One fleet which is the self-driving ride-sharing service that the Alphabet-owned company deployed in the US.