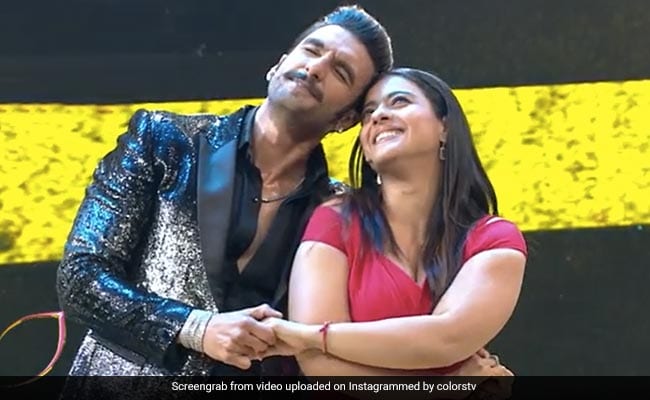 Ranveer Singh and Kajol in a still from the video. (courtesy: colorstv)

The latest promo of Ranveer Singh-hosted The Big Picturehad a lot to give to its fans. The promo video of the show’s grand finale showed the presence of Karan Johar and Kajol. Ranveer introduced them in a funky way, “Indian film industry ke do stalwarts, jinhone humein sikhaya hai ki ishq, mohabbat, pyar kaise kiya jata hai. Jinhone sikhaya kaise Indian values, family, dost aur humsafar ke bina humerai zindagi adhuri reh jati hai [Two stalwarts of the Indian film industry who taught us how to love. Those who taught us that without Indian values, family, friends and a life partner life is incomplete.]”

After the introduction, fun games and many walks down memory lane followed. But an emotional element soon trickled into the show. The promo also saw Padmashree filmmaker Karan Johar break down. At one point, a clip of his late father, producer Yash Johar, was played on the big screen. Yash Johar was heard gushing about the best gift he had ever received. Can you guess what it is? He referred to the tagline, “It’s all about loving your parents” that Karan Johar used for Kabhi Khushi Kabhie Gham. When the filmmaker broke down hearing his father’s words, Ranveer Singh hugged him.

Here is the video:

Aren’t they the coolest?