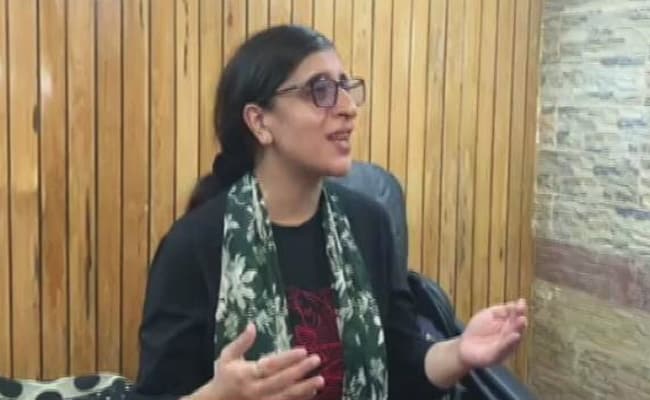 Smriti Bindroo says she will keep a smiling face as she knows her father lived and died like a warrior.

He lived fearlessly and refused to leave Srinagar even at the peak of militancy in the 1990s. A day after he was shot dead by terrorists, his daughter refused to give in to tears.

Makhan Lal Bindroo, 70, was killed in Srinagar in a series of terror attacks on Tuesday.

He was inside his shop – Bindroo Medicate pharmacy in Srinagar’s Iqbal Park – when he was shot at close range.

As his family grieved, his daughter Dr Smriddi Bindroo said she would keep a smile on as her father lived and died like a warrior. “His words were ‘I will die with my shoes on’. I am so proud he died with his shoes on. Today my father no more, still I have a smiling face. Because I know my father was a warrior. He was a winner. He is going like a warrior man… I am not going to shed tears. That will be like a tribute to those gunmen,” she told NDTV, speaking over the sound of weeping family members and neighbours.

“Let’s pay tribute to that Makhan Lal Bindroo who was a gem of a human being… a hardworking man. Salute to him…Really salute to him…”

Mr Bindroo, a Kashmiri Pandit, remained in Kashmir even at the peak of terrorism in the 1990s.

Smriddi said her father had taught her to live without fear. “Why do we fear anything? They say fearlessness is life. Fear is death…I used to ask my father, ‘don’t you get afraid?’ He said – ‘If I live in fear, then I will die every day. If I die, it will only be once’,” she quoted her father as saying.

Two more persons, a food vendor and a cab driver, were killed in three attacks in an hour.

Smriddi Bindroo said she wanted to tell her father’s killers to “channelize your energies on positive aspects”.